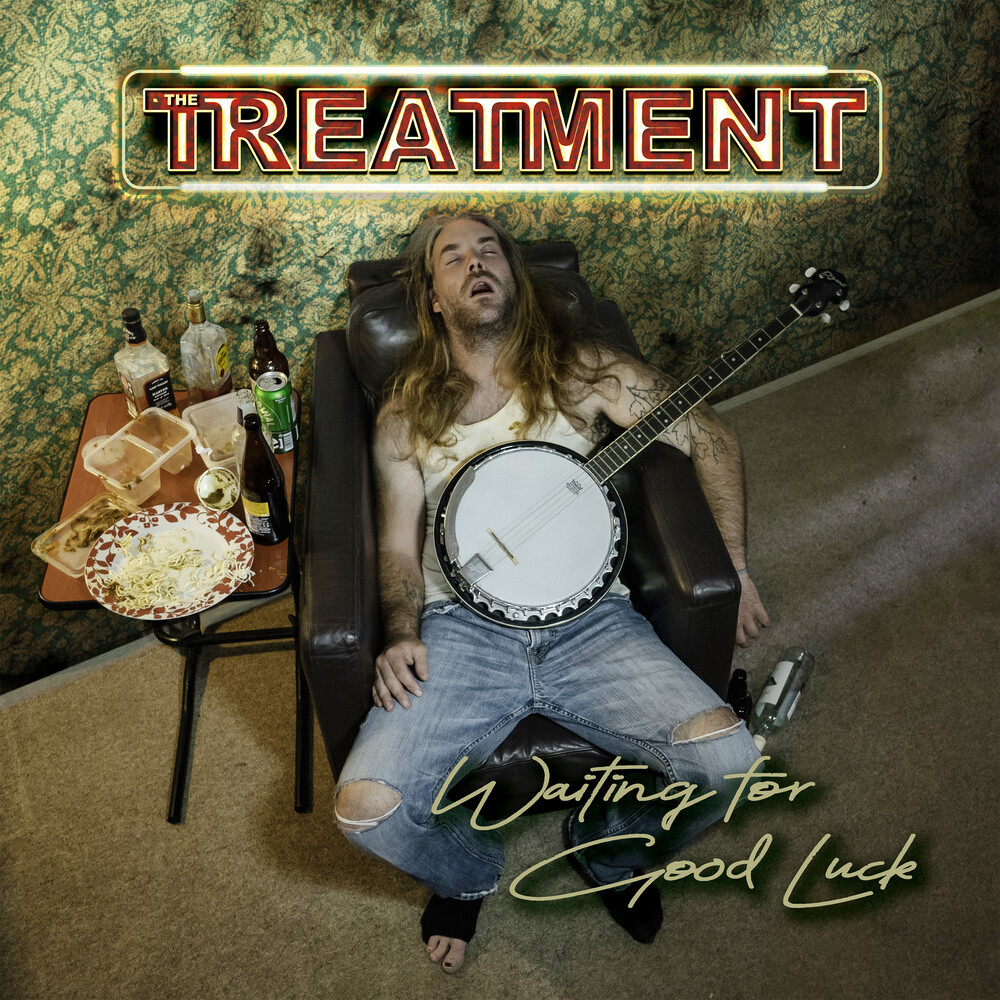 "Waiting For Good Luck" is the fifth full-length album from British hard rockers The Treatment. Showcasing an intense sonic power only hinted at thus far, The Treatment is truly firing on all cylinders now. A first listen will instantly reveal hulking riffs and memorable choruses and further listens reveal more and more as the listener delves into this love letter to hard rock. "Waiting for Good Luck" truly is a classic album in the making.

Produced by UK rock maestro Laurie Mansworth (Airrace) and mixed by Kevin Shirley (Iron Maiden, Led Zeppelin, Black Country Communion, etc.), "Waiting for Good Luck" is The Treatment's second album featuring Tom Rampton on vocals and the first one with the new bass player Andy Milburn. Rampton's raspy, whisky-soaked vocal style suits the band's driving, hard rock style perfectly and the results of him having toured with and gelled further with the band can really be heard distinctly here.

A magnificent slice of groove-laden, fist-pumping, unapologetic rock 'n roll anthems, which showcase a band hungry for more and showing no signs of slowing down, "Waiting For Good Luck" is the most realized offering yet from The Treatment.

"We honestly all believe this album is a huge step forward for The Treatment and we can't wait for you to hear it. We will be touring as soon as circumstances will allow us and we look forward to seeing all you Treatment troops at our shows next year," says the band.

The Treatment formed in 2008 in Cambridge, England. Their debut album, "This Might Hurt" was released in 2011 and followed by "Running With The Dogs" (2014), "Generation Me" (2016), and "Power Crazy" (2019). The band has toured with KISS, Mötley Crüe, Steel Panther, Thin Lizzy, and Alice Cooper, just to name a few, as well as appearing at massive rock festivals like Download and Sonisphere.