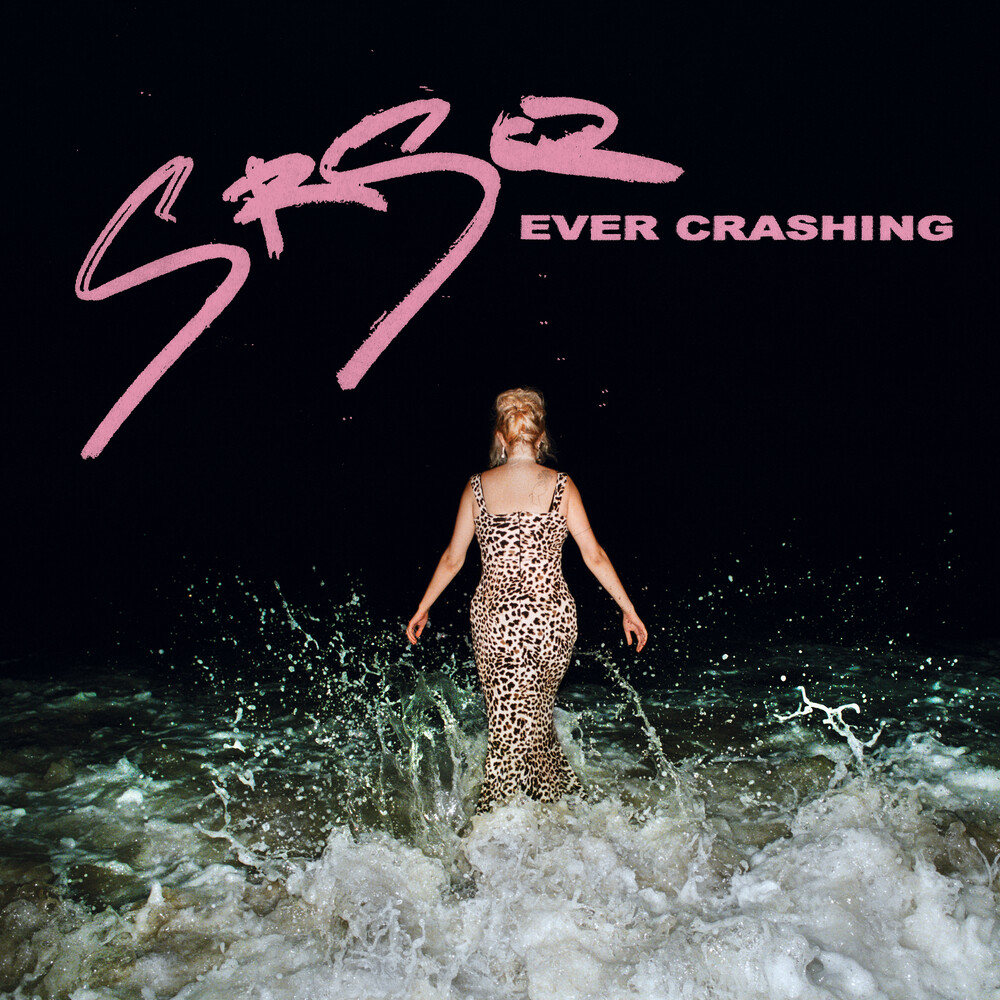 Ever Crashing, the second LP by Kennedy Ashlyn aka SRSQ [pronounced 'seer-skew'], is the summation of a nearly three-year journey of soul searching, songwriting, and self-discovery: "I became myself in the process of making this record." From the first choral swells of opener "It Always Rains," it's clear this collection exists on an ascendant plane, capturing an artist in super bloom. Every song hits like a single, heaving with guitar, synth, strings, live drums, and oceans of Ashlyn's astounding voice, balletic and illuminated. The tracks gleam with detail, often assembled from as many as 100 separate tracks, all of which were written and played solely by Ashlyn - a feat of world-building as daunting as it is devastating.For her, however, the process is intrinsic and intuitive - even a matter of survival. Her 2018 solo debut emerged in response to the tragic Ghost Ship fire in Oakland, which took the life of her bandmate and best friend Cash Askew. Similarly, Ever Crashing began materializing in the wake of an ADHD and bipolar disorder diagnosis, prompting a profound personal overhaul. Ashlyn cites such periods of turmoil as a muse of sorts, when "songs begin to echo within me," gradually reverberating clearer and more vividly. As melodies and arrangements come into focus, the songs act like containers, vessels in which to externalize and exorcise tumultuous emotions, a transformation she memorializes in the climax of "Élan Vital:" "Reeling in and out of deep despair / I am saved by song."From swooning end credits balladry ("Dead Loss") to orchestral slow- burn torch songs ("Abyss") to dizzying shoegaze heavens ("Someday I Will Bask In The Sun"), the album exudes a sense of aching grandeur and bewildered joy, rich with triumphs hard won and lost loves never forgotten. Melodies pirouette and crescendo in dazzling, elevated acrobatics, somewhere between Kate Bush and The Sundays, threaded with ethereal undercurrents of shimmering shadow. Riffs brood and sparkle over crystalline synths, buoyant bass, and patient percussion, steadily building to holy moments of tidal power, finessed to perfection by producer Chris Coady (Beach House, Slowdive, Zola Jesus). Ashlyn's is a dream-pop of questing catharsis, vulnerable but orchestral, as dense with hooks as heartbreak.The album's title refers to Ashlyn's recurring sensation of being trapped in the crest of a wave, turned and churned in the surf, mirroring the cycles of self-flagellation and surrender that she battles being bipolar. But as the poetic raptures of these songs attest, her creative process thrives at transmuting trauma into potent music of arresting beauty and hidden divinity. Ever Crashing is an aching, rare work, shaded with gradients of reverie and regret, loss and letting go, "mourning the person I thought I should be, mourning the person I never was." But even in it's pain, Ashlyn's voice exerts a redemptive gravity, yearning to transform and transcend: "Even on the inside / I'm bracing for impact / I'm waiting to destroy my life / To become sunlight."