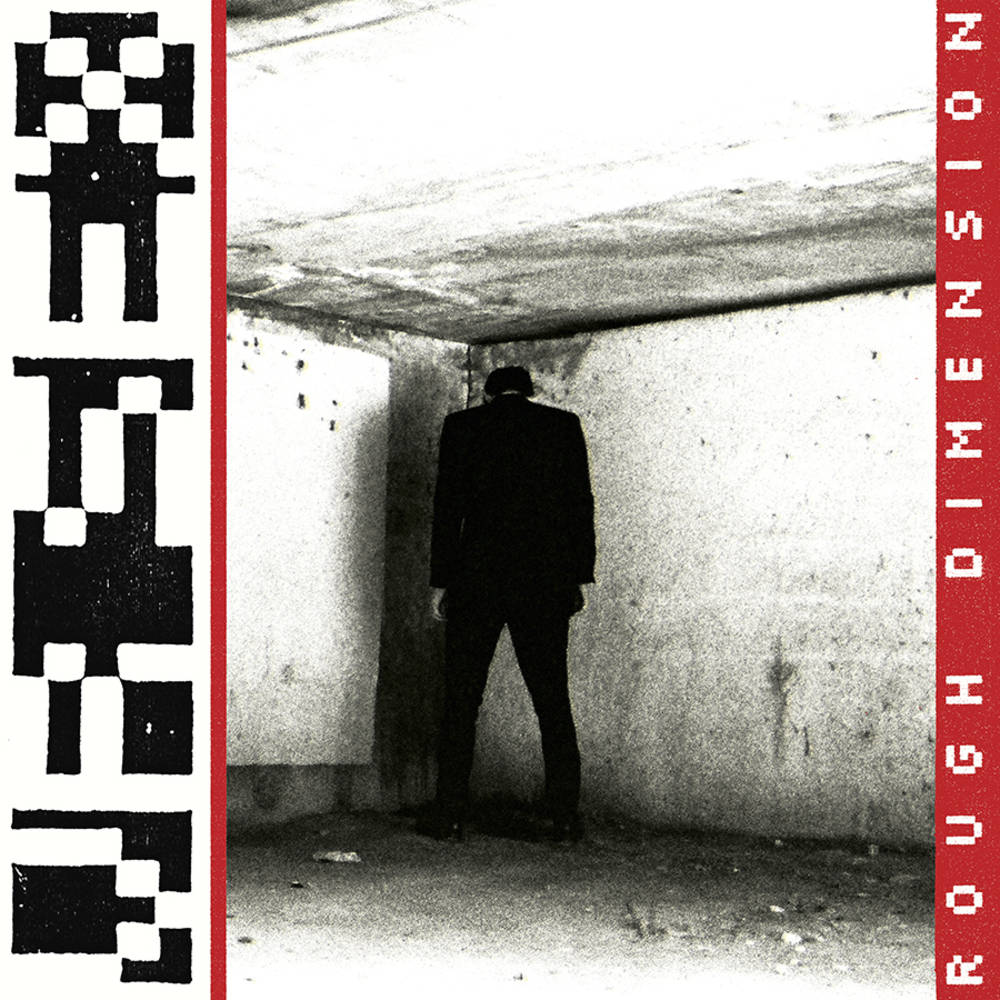 The latest by Andrew Clinco's acid punk alias VR SEX takes it's title from an architectural phrase but more importantly refers to the warped, wicked underworld the songs both chronicle and condemn. Donning the moniker Noel Skum - an acerbic anagram of Elon Musk - Clinco vents his scorn for and fascination with the seedy, surreal margins of low-life Los Angeles, doomed to dead ends of vanity, lust, and technology. Although initially launched as an outlet for "heavier sounds" beyond Clinco's duties in new wave fantasists Drab Majesty, the project has ripened into a compelling exercise in world building, weaving themes of gritty city neo- futurist sleaze within a framework of driving, distorted guitars and cathode-blasted synths. Echoes of Chrome, Wire, Minimal Man, and Sisters Of Mercy ripple through the collection but ultimately Rough Dimension charts it's own twisted vision of "our unforgiving reality."Written and demoed across two weeks alone in a Marseille flat using his prized 1980's Gibson "Invader" and a laptop, Clinco then took the tracks to Strange Weather studios in Brooklyn to record with Ben Greenberg (Uniform, The Men) who helmed 2019's debut, Human Traffic Jam. The results are notably ripping, refined, and riveting. Riffs in alternate tunings chug and churn over mid-tempo drums punctuated by spikes of sci-fi electronics while the vocals swagger and spit venom ("where we walk is also where we shit / but if we bark at our reflections are we hypocrites? / impulses bleed right into our seed / where hate culminates the apple rotted on the tree"). It's a bristling mix of the melodic and the macabre, absurdist observations of fast living and desperate measures, the clock of youth ticking towards midnight as dreams unravel in Babylon.VR SEX's specialty is making these cautionary tales of psychic decay and tainted love a thrill rather than a drag. There's a sunglasses at night glamor to Clinco's choruses and solos, a wit to his black leather judgements ("what is the answer / to cancerous people / walking in my line of sight?"). The music's milieu tends towards parasites and predators but it's mood skews refreshingly accelerated and amused, cruising the strip with a cigarette, watching goths and limousines crawl in gridlock beneath digital billboards. The Rough Dimension may be a cesspool, but it's home.