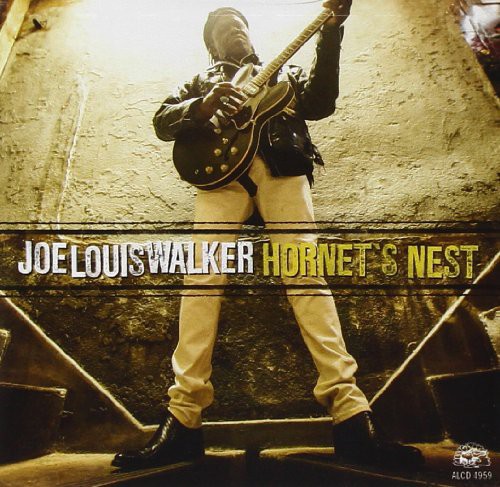 The band -- Hambridge on drums, Reese Wynans on organ and piano, Rob McNelley on guitar, and Tommy MacDonald on bass -- pushed Walker to deliver his absolute best. ''It comes through loud and clear,'' Walker says. ''If I don't believe it, nobody is gonna believe it. And ain't nobody is gonna listen to it or buy it.''

Walker picked up the guitar as a child, and by 16 was regularly backing touring blues artists rolling through town. He was the teenage house guitarist at San Francisco's famed musical playground The Matrix, where he played with or opened shows for everyone from Jimi Hendrix to Thelonious Monk. The blues legends Walker accompanied shared not only musical knowledge but also their personal wisdom with the teenage up-and-comer. Fred McDowell, Ike Turner, Albert King, Freddie King, Lightnin' Hopkins and others taught the youngster. Inspired by these masters, Walker developed his own fiery, melodic and unpredictable guitar attack.

Walker met legendary guitarist Michael Bloomfield in 1968 and the two became fast friends. Bloomfield helped push Walker's blues in a more rock-fueled direction, and he became the biggest early influence on Walker's sound. From 1975 to 1985, Walker performed nothing but gospel music. In 1986, after Walker returned to playing the blues, Hightone Records released his debut CD, Cold Is The Night. Firmly rooted in blues, gospel, R&B and rock, the album caught the attention of music fans around the country.

Before joining Alligator Records in 2012, Walker had released 23 albums and toured the world virtually non-stop. He has garnered four Blues Music Awards (and has been nominated 52 times) and holds an international reputation as one of the blues' most prolific and talented stars. He's also recorded as a guest with some of the blues world's best-known artists, including appearances on Grammy-winning records by B.B. King and James Cotton.

His Alligator debut, HELLFIRE, took the blues world by storm in 2012, receiving the Living Blues Critics' Award for Blues Album of the Year. The Chicago Tribune said, ''His playing is ferocious. His solos spin wilder and wilder with the kind of fierce embellishments that Jimi Hendrix might've conjured.'' The success of the album helped land Walker and his band on TBS's CONAN.

In 2013 The Blues Foundation inducted Walker into The Blues Hall Of Fame. ''I am honored to be in the company of the great artists already inducted,'' Walker said. ''I hope to live up to the honor.'' Joining the ranks of previous while still at the peak of his musical powers, is, as Walker says, ''a dream come true.''