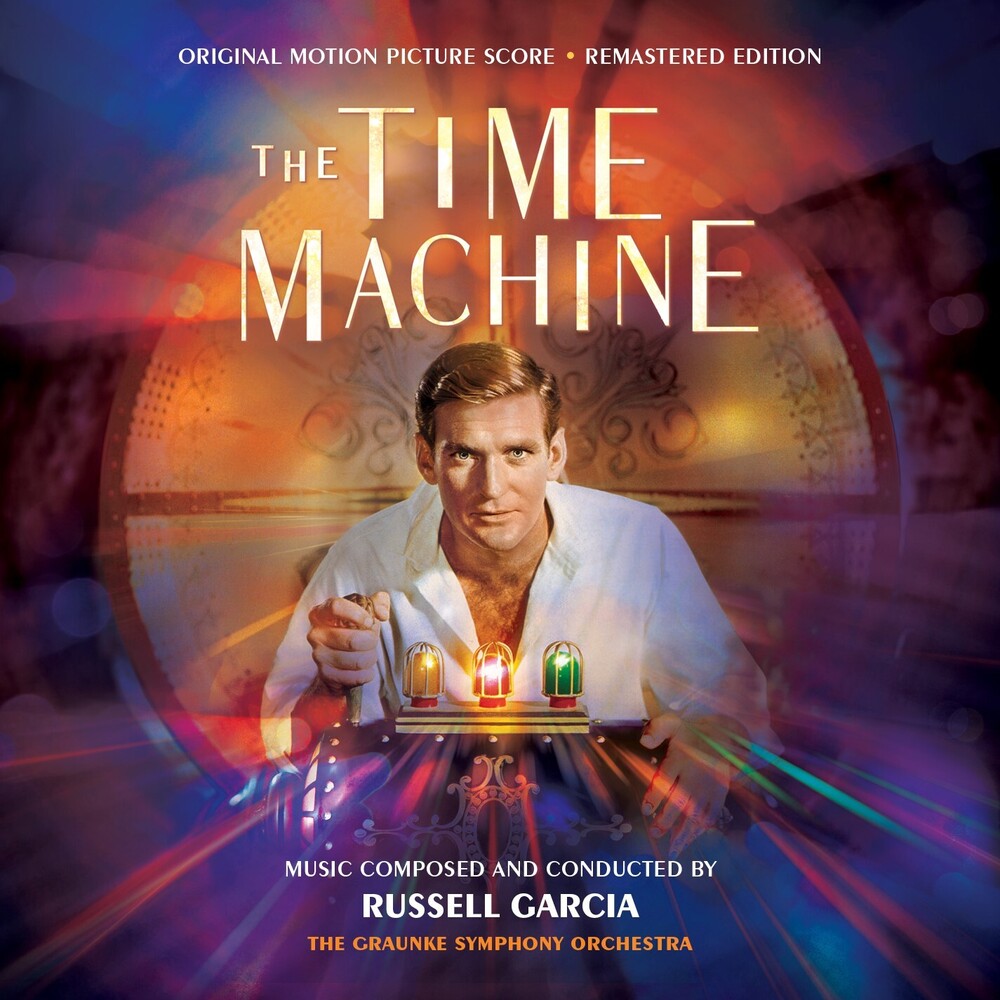 The music is a fantastic mix of dynamism and romanticism that is both beautiful and uplifting. In Garcia's inspired hands, we can hear the loving themes of Filby and The Time Traveler (their friendship comes alive through the ages), the glorious 'Time Machine' (a mechanism we fully believed could perform the fantastic), and the beautiful and terrifying Wellsian worlds of the Eloi and the Morlocks - rekindled with a resonance both heartbreaking and unforgettable.

George Pal's "The Time Machine" stands out as perhaps one of the most memorable science fiction feature films of the 1950s. The film starred Rod Taylor as a Victorian scientist (presumably H.G. himself) who invents a machine that hurtles him through time to the far distant future world in the year 802,701. There man has evolved into two species: the gentle surface dwelling Eloi and the beastly Morlocks who live beneath the Earth. Added to this mix were performances by Alan Young as his friend, Filby, Yvette Mimieux as Eloi Weena plus the creation of undoubtedly one of the most iconic props in movie history - The Time Machine itself. All together "The Time Machine" became a bonafide cinema classic and the one for which George Pal and Russell Garcia will be most remembered.

Russell Garcia (1916-2011) was a tremendously prolific composer and orchestrator in television and film. His career featured stops at NBC, MGM, and Universal., while his numerous colleagues and collaborators included such luminaries as Judy Garland, Ella Fitzgerald, Louis Armstrong, Mel Tormé, John Williams, Charlie Chaplin, Orson Welles, and Walt Disney. His greatest and most inventive work, however, is likely the score he did for "The Time Machine" based on the H.G. Wells novel.

Producer-Director Arnold Leibovit has devoted much of his life to the preservation and promotion of George Pal's amazing film legacy. To that end, he produced and directed the documentary "The Fantasy Film Worlds of George Pal" and "The Puppetoon Movie" and its two follow-up releases "The Puppetoon Movie Volume 2" and "The Puppetoon Movie Volume 3" currently in production. He also served as Executive Producer for Warner Bros. and DreamWorks' 2002 remake of "The Time Machine" starring Guy Pearce and Jeremy Irons. Leibovit is quite proud and grateful to be able to bring Russell Garcia's greatest score, from George Pal's greatest film, back to an eager audience. This sensational limited edition should excite music collectors everywhere.