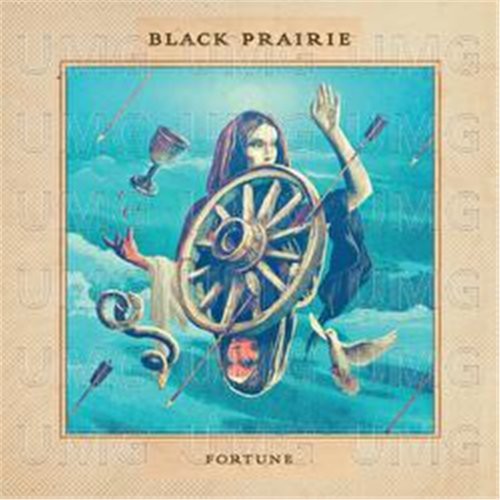 By now, Black Prairie has clearly outgrown its roots as a casual side project, solidifying into a primary, creative focus for its members a band with its own internal momentum, genuine character and style. Still, it s only become harder to describe what that style is. 'I gave up a long time ago,' guitarist Jon Neufeld says. When asked what kind of music Black Prairie plays, Neufeld usually just says 'soft rock,' and walks away.

Black Prairie's fourth full-length record Fortune is an unexpected departure which is, strangely, exactly what everyone's come to expect from the band. This group of seasoned musicians from Portland, Oregon each steeped in traditional American acoustic music has become hellbent on taking one imaginative leap after another.

'We're a much more fearless writing team now,' says bassist Nate Query. The band that started as an informal collective has now materialized into its own, fully living thing. Getting together to write Fortune last fall after a busy year of touring and tackling smaller, unconventional songwriting projects, the band felt like they had a well-bred, spirited animal hitched up and waiting for them a horse flaring its nostrils, ready to run and they wanted to keep driving it through as many different landscapes as they could.

'It was the most collaborative and magical thing,' Chris Funk says. Individual members brought in little strands of ideas, and the band collectively spooled them in like a loom and spun them into songs. Again and again, they found one person's chorus and someone else's verse slapping together like attractive magnets, or lines for a lyric flying out of all six mouths.

In a way, Fortune is also Black Prairie's most conventional record thirteen, polished vocal tunes with (mostly) conventional pop song structures. On the other hand, there's a glaring eccentricity to Fortune that hits you right away: here is a band of accomplished acoustic musicians playing what are essentially rock songs, and sometimes with a pretty hard edge it's a record, band members say, that's trying to channel not the spirit of Earl Scruggs or Jerry Douglas, but Led Zeppelin.