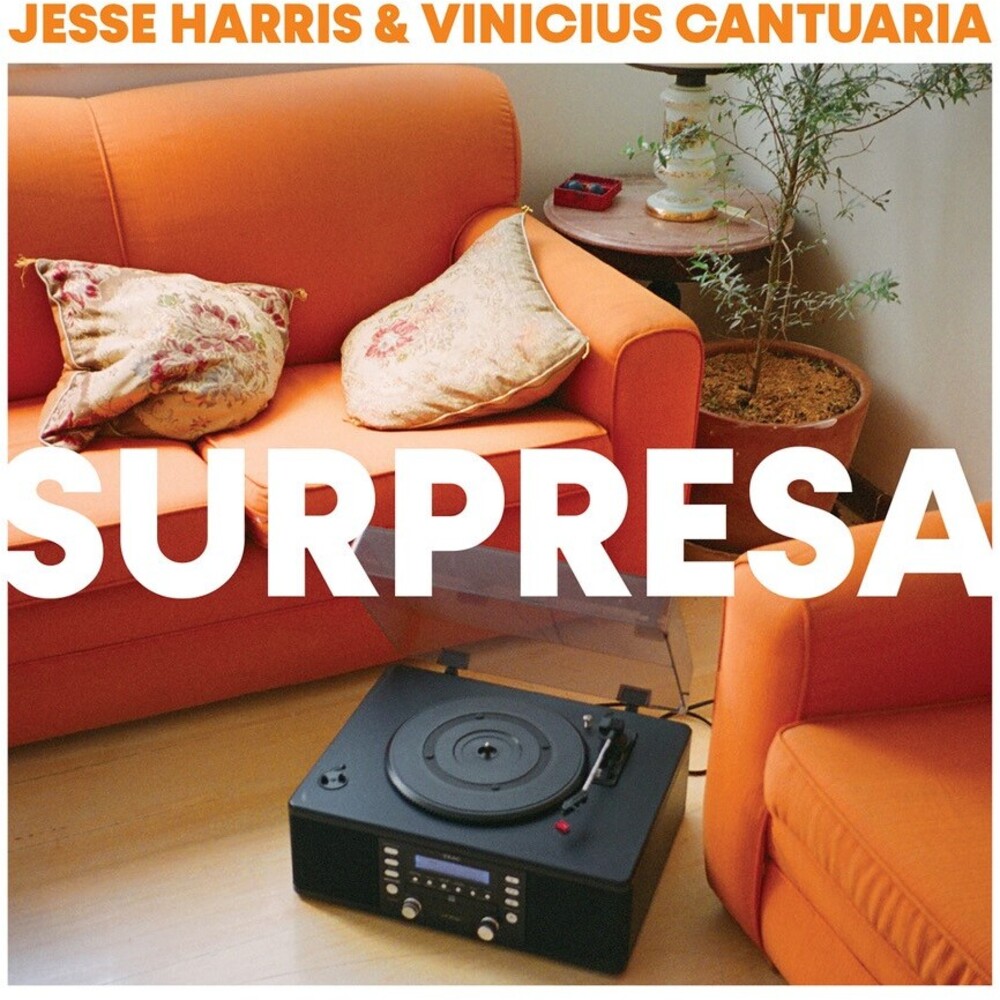 Jesse Harris and Vinicius Cantuaria are well-known for their superior songwriting abilities. Harris came to the attention of the music world as a member of Once Blue and, later, writing hit songs for Norah Jones, Melody Gardot, Solomon Burke, and more. Beginning his professional work as a member of Caetano Veloso's band, the multi-instrumentalist and composer Cantuaria has made a name for himself with his unique approach to the music of his native Brazil and his intriguing collaborations with artists as diverse as Ryuichi Sakamoto and Laurie Anderson. // Harris and Cantuaria initially met in 2011 when their mutual friend Dadi Carvalho introduced them, allowing Harris to stay at Cantuaria's Rio de Janeiro home while Harris was in Brazil. Once he returned to New York, Harris visited Cantuaria and his wife Claire in Brooklyn. They struck up an immediate friendship and began hanging out and writing music. The writing eventually led to Harris inviting Cantuaria to play on gigs where they would incorporate each other's songs and those of Tom Jobim into a working repertoire. Harris would go on to write "This Time" for Cantuaria's 2012 recording, Indio de Apartamento. // It was about the time that they had decided to record together that the pandemic hit. Rather than becoming disillusioned, Harris began to ramp up his creative efforts. His home studio, Secret Sun West, allowed him to create any time he felt inspired to. When Cantuaria was able to finally return to the States, the two friends jumped immediately into recording Surpresa.