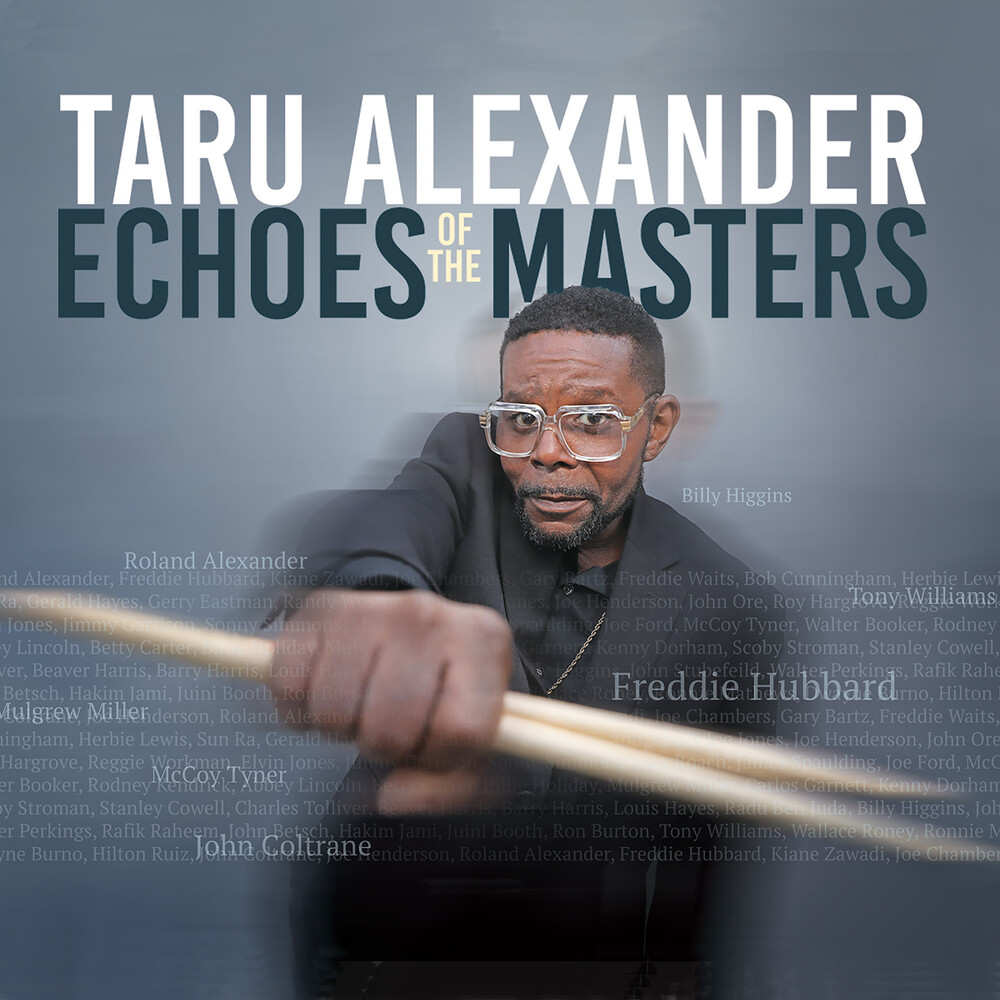 On Echoes of the Masters, Taru Alexander creates an aural tribute to his father, the great Roland Alexander, and the tremendous musicians who passed the tradition down to him and the future generations through their impact on the bandstand and their examples off of it. Drummer Taru Alexander was endowed with music by his father, saxophonist Roland Alexander, and an extended family of professional musician mentors in his native Brooklyn, New York. The younger Alexander celebrates the legacy of his father and his father's peers on Echoes of the Masters, a collection of pieces by well-known jazz composers performed by an outstanding group of musicians who came of age under the tutelage of legendary performers on the bandstand. // A lifetime of musical experience has imbued Alexander with the skills, the knowledge, and the swagger to play jazz as it should be played. His credentials spread from bands led by Roy Hargrove, Gary Bartz, Carlos Garnett, and many more, so when he was considering who should join him on his new recording, Alexander wanted to include other musicians who had truly paid their dues. Pianist James Hurt has been a focal part of the New York jazz scene since he arrived in 1994. Alexander met saxophonist Antoine Roney and bassist Rashaan Carter on a recording session led by saxophonist Michael Marcus in 2008. Roney has been a stalwart leader and sideman in New York alongside fantastic musicians like Jacky Terrasson, Donald Byrd, John Patton, and his brother, Wallace Roney. Carter carries the history of the jazz bass on his shoulders having studied with Buster Williams, Reggie Workman, and Ron Carter.