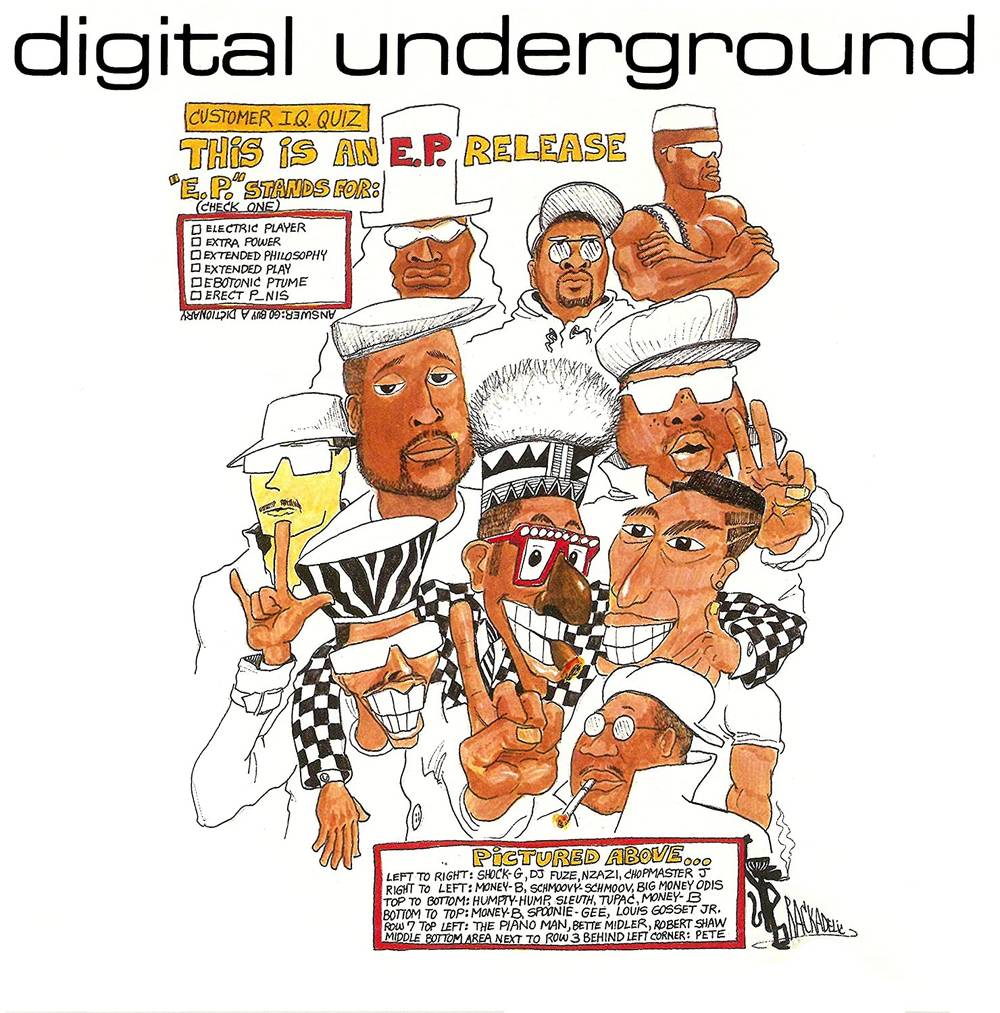 TOMMY BOY REISSUES EXCLUSIVE LIMITED EDITION PRESSING OF DIGITALUNDERGROUND'S "THIS IS AN E.P. RELEASE" ON SEPTEMBER 10, 2021, AS PART OF TOMMY BOY'S 40th ANNIVERSARY CELEBRATIONWith the recent passing of innovative artist/composer/MC, Shock G, once again bringing the geniusof Digital Underground to the forefront of mainstream consciousness, new and old fans alike have beendigging into the groups catalog as they seek solace and mourn the unexpected passing of the group's leader.While Digital Underground's debut album, "Sex Packets, " set the tone for the groups meteoric rise andhelped them forever change hip-hop, they continued to wow fans through the years with several gamebendingprojects. In 1991, they released their now cult-classic, "This is an E.P. Release, " which containedtwo singles, "Tie the Knot", and, "Same Song", that were featured in the film, "Nothing But Trouble, " starringDan Aykroyd, Chevy Chase, Demi Mooreand John Candy.The projects lead single, "Same Song, " also holds major historical significance as it served as the debut singlefrom then up-and-coming MC Tupac Shakur. Tupac was also featured in the official video portraying an Africanking alongside cameos from lead actor Dan Aykroyd and West Coast legends Dr. Dre and Eazy-E. The projectwent on the receive gold-certification from the RIAA and has since become and often-overlooked gem amongsthip-hop aficionados worldwide.