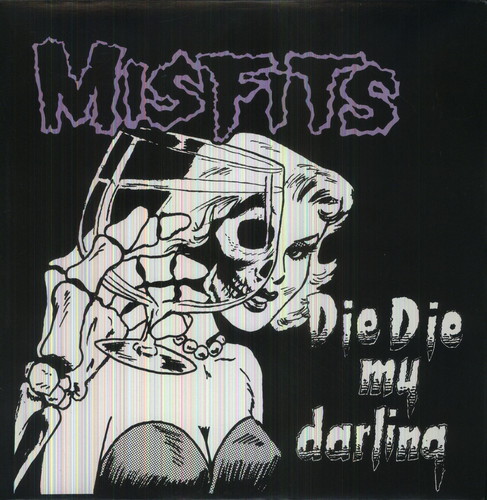 "Die, Die My Darling" is the sixth single by the horror punk band the Misfits. It was released in May 1984 on singer Glenn Danzig's label Plan 9 Records, seven months after the band's breakup. The song is titled after the 1965 horror film Fanatic, which had been released in the United States under the title Die! Die! My Darling! The cover of the single is derived from the cover of the September 1953 issue of the comic book Chamber of Chills. The back cover artwork was created by artist Pushead.