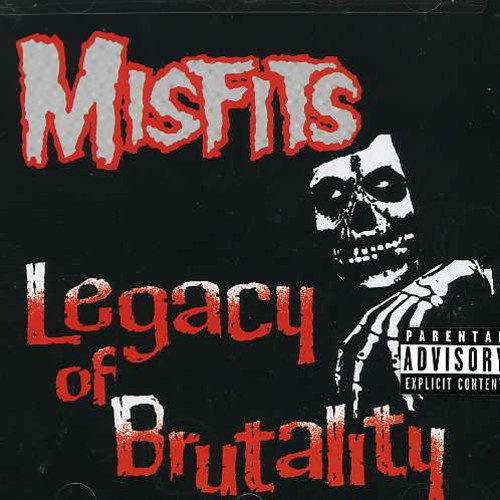 ''Legacy of Brutality'' is a compilation album of early songs by the New Jersey punk rock band Misfits. The album contains overdubbed mixes of previously unreleased tracks, mainly from the January-February 1978 ''Static Age'' sessions. Besides the ''Box Set'', this is the only album to contain the songs "American Nightmare" and "Who Killed Marilyn?".

This compilation was one of the first (aside from bootlegs) to release many of the ''Static Age'' tracks to the common public. Glenn Danzig, having mixed and produced it, overdubbed many of the album's material without consulting any of the former band member's attention, claiming that he would not have to pay them royalties for "any success the album would have made". - Wikipedia