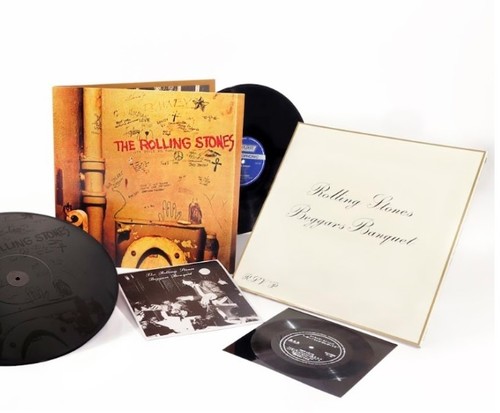 Recorded between March and July of 1968 at Olympic Sound Studios in London, mixed at Sunset Sound in Los Angeles, Beggars Banquet was the first Stones album produced by Jimmy Miller, and marks the start of what is considered their most prolific album era. Opening with the iconic hit “Sympathy For The Devil,” the album features many of The Stones’ most memorable tracks, including “Street Fighting Man,” “No Expectations,” and “Parachute Woman”. Beggars Banquet (50th Anniversary Edition) is housed in an overwrap of the “inoffensive” wedding invitation art, which was initially issued as a replacement cover when the original intended album art was rejected. The landmark album has been newly mastered by Grammy Award winning engineer Bob Ludwig and will be available on all formats.