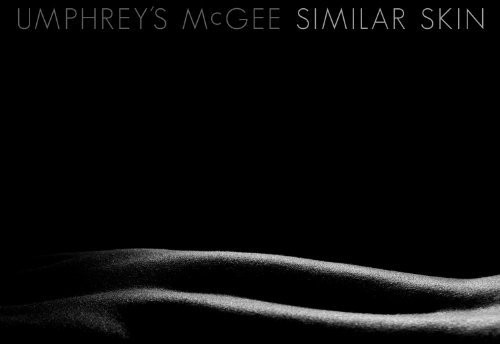 Hardcover book w/CD & two 180 gram LPs Genre-defying sextet Umphrey's McGee announces the release of their highly anticipated seventh studio album Similar Skin (June 10). Similar Skin will be released via the band's newly formed independent label, Nothing Too Fancy Music, named after one of their most beloved songs. As one of the most progressive and forward thinking DIY bands around, Umphrey's McGee continues to set new industry standards where music and the fan experience intersect.

Umphrey s McGee's dynamic sounds, virtuosic playing and cutting edge live spectacles continue to draw fans as they sell out major venues throughout the US. Their groundbreaking approach to fan-friendly, communal live experiences have raised the bar in the music industry. Their pioneering live interactive efforts include fan curated sets, 'audio immersion' via their Headphones & Snowcones experience, the Stew Art series and the annual UMBowl events (featured in Wired), to only name a few. These extraordinary fan relations efforts have been the subject of stories in numerous other outlets, including Billboard, Mashable, Pollstar, Relix, Chicago Tribune and Time.com, who said, 'As the record business continues to struggle, bands like Umphrey's McGee are expanding the notion of what a rock band can offer to their fans.'

Similar Skin features 11 new songs; some part of their vast live repertoire that have been recorded here for the first time. While Umphrey's calling card for years has been their grand live events, the band's focus in the studio has continued to evolve and break new ground with each album. The culmination of past recording experiences has brought them to Similar Skin. Following the overall success of 2009's Mantis and 2011's Death By Stereo, the band decided to forgo some of the dense productions of the past and create a work that includes more concise tracks filled with addictive melodies and memorable choruses. Fans need not worry though, there is plenty of signature Umphrey's throughout the entire album. Diversity is a trademark of Umphrey's McGee and it is well represented on Similar Skin. There are few bands that could have so many

stylistic touchstones on the same album while blending them seamlessly and brilliantly. From the intricate prog-infused ('The Linear', 'Bridgeless') to the pop-influenced ('No Diablo', 'Hourglass') to thick heavy guitars tracks ('Little Gift', 'Hindsight') and epic rock crescendos ('Cut The Cable', 'Loose Ends'), Similar Skin represents a band that continues to push forward in its 16th year.