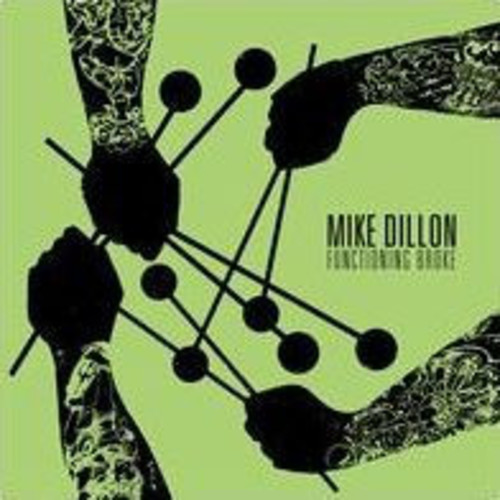 Vinyl LP pressing. 2016 release. Over the past decade, Mike Dillon has released a number of acclaimed albums, intertwining a range of influences, from Zappe-esque eccentricity to Fishbone punk funk, from DC Go-Go to Milt Jackson-esqe vibraphone majesty. Never before, however, has he recorded music so personal and committed to a sustained mood. Functioning Broke presents Dillon alone on vibraphone and percussion, building each song into it's own minimalist auditory landscape. The choice of material distinguishes the collection even further; as he reimagines six Elliott Smith compositions, including "Behind The Bars," "Christian Brothers" and "Independence Day," Neil Young's "The Needle & The Damage Done," Martin Denny's "The Enchanted Sea" as well as four originals, most notably "Chimp & Flower" and "Tabla Goodnight." Intent on serene psychedelic splendor and informed by songs that speak to the highs and lows of Dillon's tireless pursuit of both muse and craft, the record is destined to attract even more people into the fold of one this generation's most consistently compelling musicians.