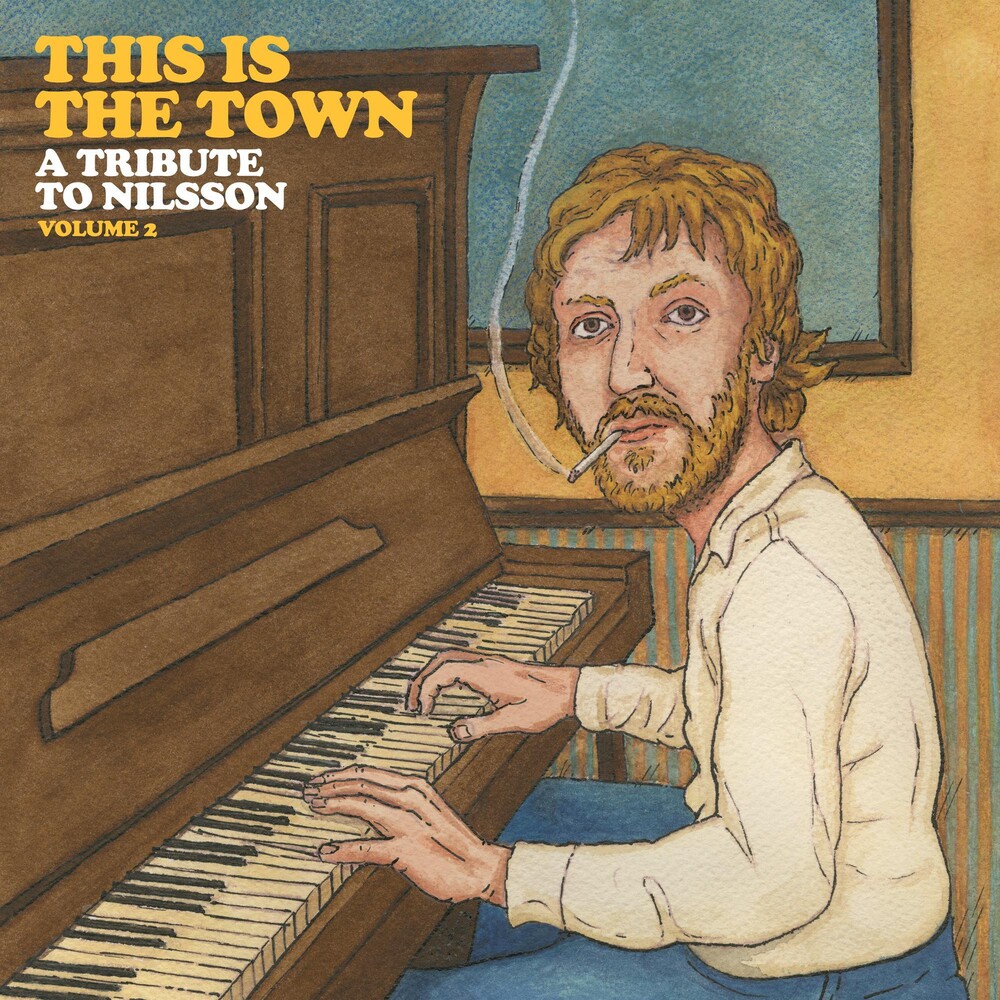 This Is The Town: A Tribute to Nilsson (Volume 2) celebrates the songs of the illustrious Harry Nilsson. Throughout this captivating 14-track set, defying expectations is a continuous theme. The kindred spirits of Nilsson assembled here are as stellar as they are varied in their art, each underscoring different facets of his songwriting. A follow up to the initial This Is The Town tribute released by Royal Potato Family in 2014, this second volume once again finds producer Kenny Siegal at the helm, capturing the album's vibrant and diverse performances at Old Soul Studios in Catskill, NY. Kicking things off in grand fashion is Mikaela Davis's rendition of Take 54, the opening cut from Nilsson s 1972 release, 'Son of Schmilsson.' Davis a classically trained harpist injects her own brand of feminist swagger, turning the masculine bravado of the original inside out. Equally intriguing is Martha Wainwright's take on Daddy's Song a standout that is particularly revealing in its approach. Here Wainwright opts to slow the tempo and strip away the 60s psychedelia of the original to reveal the heartbreak of abandon ensconced within Nilsson's lyrics. It serves as a reminder that even though Nilsson was a pop artist, he was always conscious of the depths of his emotions and surroundings; being one-part troubled troubadour, one-part song-and-dance-man never seemed in conflict. Legendary rockers Cheap Trick get down and dirty with raucous guitars that emanate manic fuzz on their reading of Ambush. Vocalist Robin Zander's sublime vocals are unparalleled in their expression of the anxieties of war. But the tension is far from bombast, as the performance does everything it can to convey Nilsson's wry wit, something he was able to masterfully weave into even the most contentious of topics. Elsewhere, indie rockers Invisible Familiars add swirling synths and a percussive march to Old Forgotten Soldier, while Valley Queen uncovers a darker, more haunting depth in the Nilsson hit I Guess The Lord Must Be In New York City. The attention to detail within these 14 recordings and the obvious love for the man who penned them by the artists assembled here exemplifies the timelessness of Nilsson's songs. Look no further than his recent resurgence, thanks in no small part to the use of Gotta Get Up in the Netflix series, 'Russian Doll,' as testimony to Nilsson's enduring charm and everlasting intrigue. At its peak, This Is The Town: A Tribute to Nilsson (Volume 2) lays before the listener a roadmap of the many directions to be discovered in the songs of one of pop's most exquisite artists.