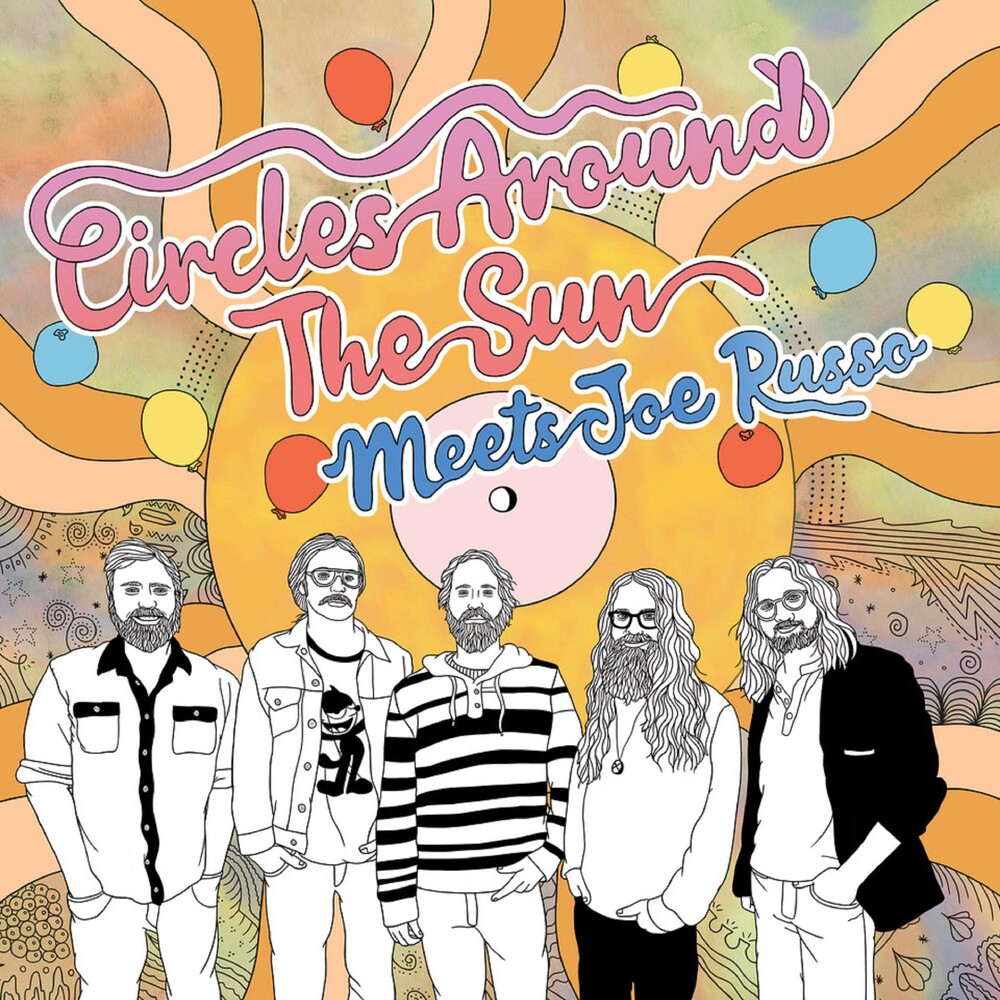 California-based, psychedelic rock band Circles Around The Sun and revered drummer Joe Russo have come together for a four song EP simply entitled, 'Circles Around The Sun Meets Joe Russo.' The electrifying collection stems from a completely improvised recording session at Russo's Brooklyn studio in Winter 2019. The results of the secret collaboration were mixed by legendary recording engineer Jim Scott whose Grammy Award-winning work includes albums by Tom Petty and Tedeschi Trucks Band and Circles Around The Sun's bassist Dan Horne who has an impressive production/mixing discography in his own right with artists such as Cass McCombs, Allah-Las and Mapache. Circles Around The Sun (often shortened to CATS by the band's fans) also features guitarist Neal Casal, keyboardist Adam MacDougall and drummer Mark Levy. The band was initially formed solely to record set break music for The Grateful Dead's "Fare Thee Well" concerts in 2015, but due to popular demand have quickly grown into something bigger than ever imagined, having released two full-length studio albums and touring nationally. It's fitting that they've joined forces with Russo who served as the drummer in Furthur, an ensemble led by original Grateful Dead members, Phil Lesh and Bob Weir. He now also leads the widely popular Dead revival band, Joe Russo's Almost Dead, who sell out shows coast to coast and have appeared at festivals including Bonnaroo, LOCKN and Mountain Jam. 'Circles Around The Sun Meets Joe Russo' captures the purely inspired musical interplay of two giants from the modern improvised rock world in all of its joyous, ecstatic glory.