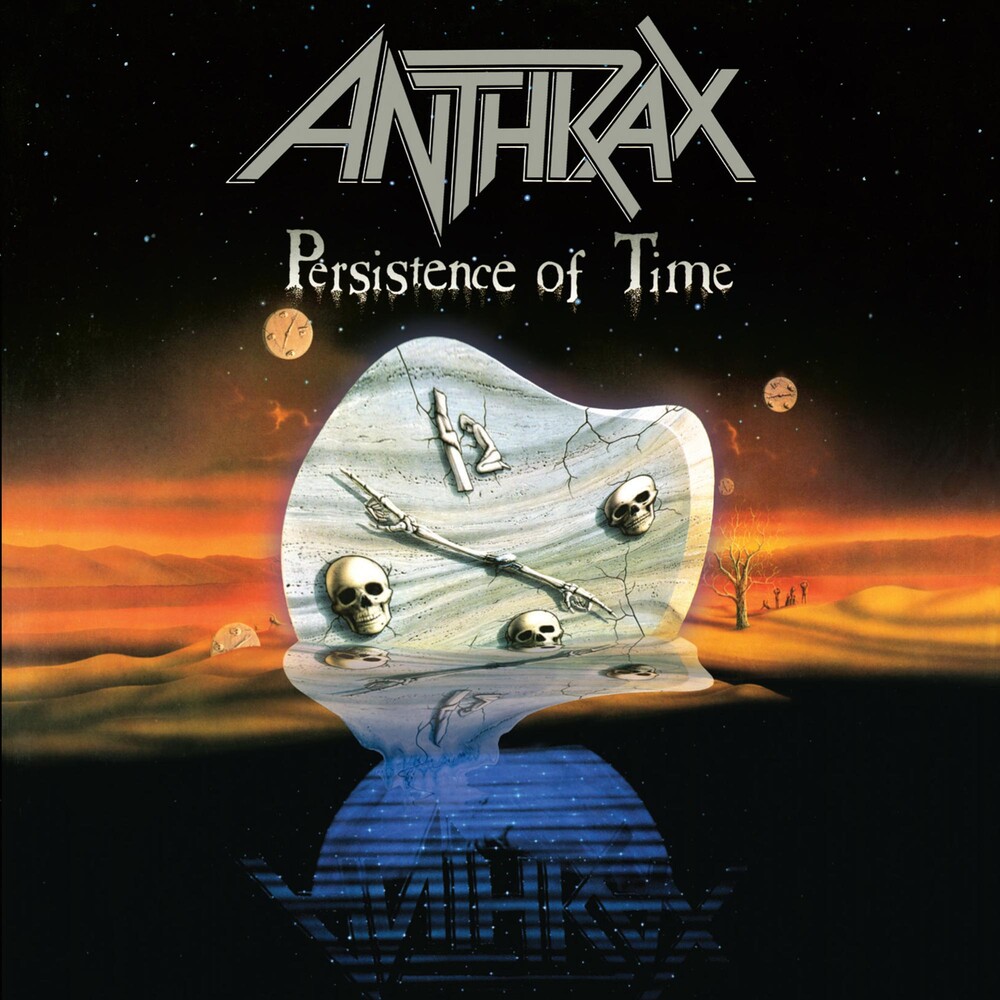 On August 21, 2020, 30 years to the day after its initial launch, thrash/metal-masters Anthrax will celebrate with the release of the deluxe anniversary edition of their fifth studio album, the Gold-certified Persistence of Time, produced by Anthrax and Mark Dodson  (Megaforce).  Available exclusively on disc and vinyl, the CD package will include two CDs and one DVD, the vinyl edition offers four LPs, as well as revised cover art that reflects what had been the  album's original visual concept.

As with Anthrax's previous anniversary deluxe editions, the band's Charlie Benante shepherded the one for Persistence of Time.  Disc One is comprised of the 11-track album, fully-remastered by Paul Logus (who mastered Anthrax's Worship Music and For All Kings. the Anthems EP, and the DVDs "Kings Among Scotland" and "Chile on Hell").  Disc One also features a special "bonus B-side" version of "I'm The Man" from 1990 that leans more hip-hop than rock, and a live version of "Time" that was recorded at Michigan's Palace of Auburn Hills in 1991.  The final two songs on Disc One, as well as all nine tracks on Disc Two, are special recordings from "Charlie's Stash," an incomparable wealth of Anthrax music from the band's rehearsals, writing sessions, preproduction, and live performances that Benante has recorded over the past 40 years and has been kept safely filed away.  These recordings will put listeners "in the room" with the band, privy to the evolution of the songs on Persistence of Time starting with Benante's original riffs and demos for the songs, moving on to Frank Bello, Scott Ian, Joey Belladonna, Dan Spitz, and Benante shaping the songs in rehearsal, then into preproduction, and finally into the recording studio.  Said Benante, "you'll hear parts of songs that never made it to the final recording or songs with an arrangement different from the finished song."
The 40-minute "guerilla-style" DVD was shot when Anthrax was on tour with Iron Maiden in 1991 and features live footage of Benante taking over the drums for Iron Maiden's Nick McBrain, as well as backstage and dressing room footage with members of both bands.  The piece wraps with Benante, Bello, and Ian joining Iron Maiden on stage for the final song of the night, "Sanctuary."