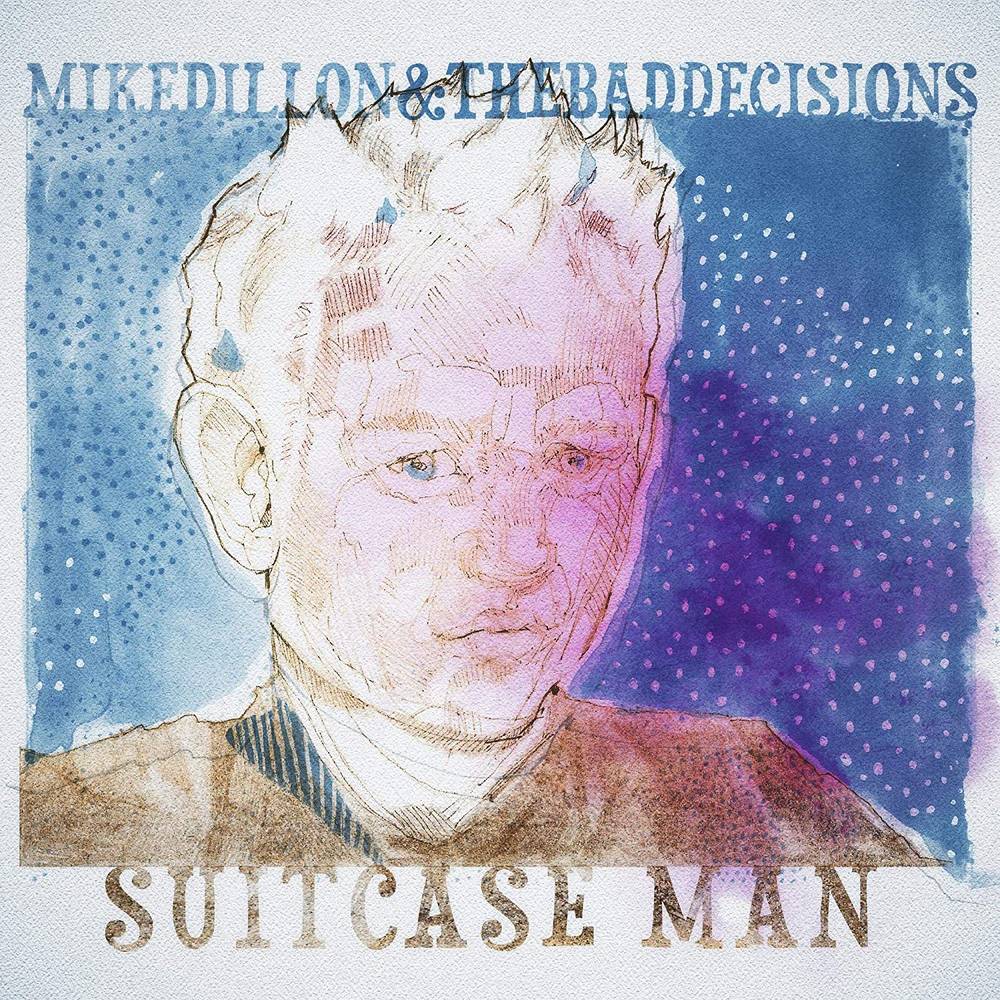 Mike Dillon has spent the last three decades performing well over 200 shows a year with both his own band, as well as playing vibraphone and percussion with artists like Rickie Lee Jones, Les Claypool and Ani DiFranco. So when the pandemic hit in early 2020 forcing Dillon off the road, he instinctively directed his perpetually restless creative energy to writing and recording. Recently relocating to Kansas City after spending 15 years in New Orleans, Dillon and producer Chad Meise would track a trilogy of albums: Shoot The Moon, Suitcase Man and 1918.
The second recording in the series, Suitcase Man is a nine-song cycle through which Dillon examine his life and choices made over the past 55 years. It's a distinct entry in his extensive discography, notable for its strikingly honest lyricism and minimalist arrangements that incorporate sparse vibraphone and percussion with a handful of background vocals by Tiff Lamson of Givers and longtime collaborator JJ Jungle. Songs like Empty Bones, Turkish Rose and Matthew represent Dillon at his most creatively daring, while confirming his ascent into the upper echelon of cult music outsiders in the lineage of artists like Tom Waits, Harry Partch and Captain Beefheart.
A native of San Antonio, Texas, Mike Dillon got his start as a sideman, playing in such varied projects as MC 900 Foot Jesus, Brave Combo and Secret Chiefs 3. He's also served as an integral member of bands like Critters Buggin, Garage A Trois, Dead Kenny Gs and Nolatet, while leading Billy Goat, Hairy Apes BMX and Malachy Papers. Under his own name, he's amassed an extensive catalog of genre-defying recordings. Touring relentlessly, he’s built one of the most loyal fanbases on the underground music scene, while being invited to share bills with bands including Clutch, Umphrey's McGee and Dean Ween Group.