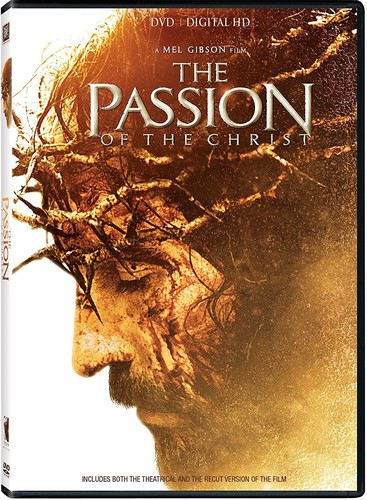 Mel Gibson's well-publicized production The Passion of the Christ concerns the last 12 hours in the life of Jesus of Nazareth. The dialogue is spoken in the ancient Aramaic language, along with Latin and Hebrew. In the Garden of Gethsemane near the Mount of Olives, Jesus (James Caviezel) is betrayed by Judas Iscariot (Luca Lionello). Jesus is condemned to death for blasphemy and brought before Pontius Pilate (Hristo Naumov Shopov), the Roman governor of Judea, for sentencing. The roaring crowd demand his death, so Pilate orders his crucifixion. Jesus is severely beaten and made to carry his cross up to Golgotha, the hill outside Jerusalem, where he is nailed to the cross. Romanian theatrical actress Maia Morgenstern plays Mary, Mother of God, and Italian superstar Monica Bellucci plays Mary Magdalene. Amid much controversy involving Gibson and various religious organizations, The Passion of the Christ received an international theatrical release in February of 2004. In March 2005, Gibson released an unrated version of the film, dubbed The Passion Recut, that eliminated five to six minutes of the more graphic scenes of flogging and crucifixion.