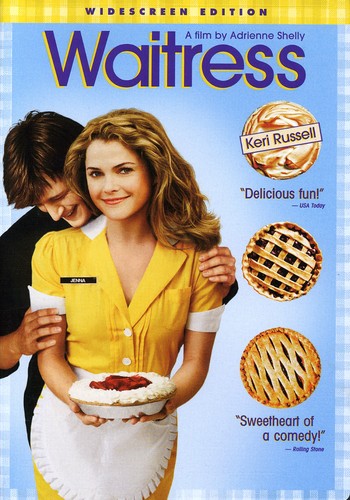 Ugh. And that's not directed at the film, but the terrible circumstances of writer-director Adrienne Shelly's death (an Ecuadorian immigrant murdered her in her apartment before she learned Waitress would be accepted to the Sundance film festival). Even more bittersweet, the Keri Russell vehicle went onto become a huge sleeper hit. Despondent diner jockey Jenna (Russell) has nothing going for her but the exceptional pies she bakes, until she enters a contest to display her acumen.