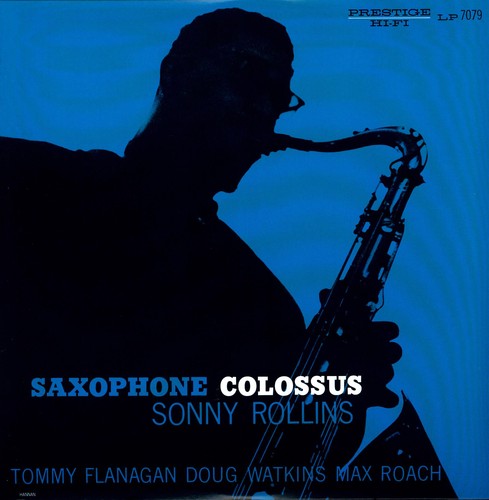 One of the pivotal recordings in bringing about the widespread acceptance of Sonny Rollins as a major figure, Saxophone Colossus inspired critics to write scholarly analyses and fans to revel in the hard-swinging invention, humor, and tender-strength balladry. Up to this album, while most musicians recognized Rollins as one of the new influential forces in the jazz of the Fifties, most critics were carping at Rollins or damning him with faint praise. "St. Thomas," a traditional West Indian melody which Mal Waldron remembered as "The Carnival," was recorded by many artists after Sonny introduced it here, and it remains a jazz standard today. The contributions of Tommy Flanagan's elegant swing, Doug Watkins's steady lift, and Max Roach's most musical accompaniment and soloing (hear "Blue 7") make this a landmark album. With Tommy Flanagan, Max Roach, Doug Watkins. Tracks: St. Thomas, You Don't Know What Love Is, Strode Rode, Moritat, Blue 7.