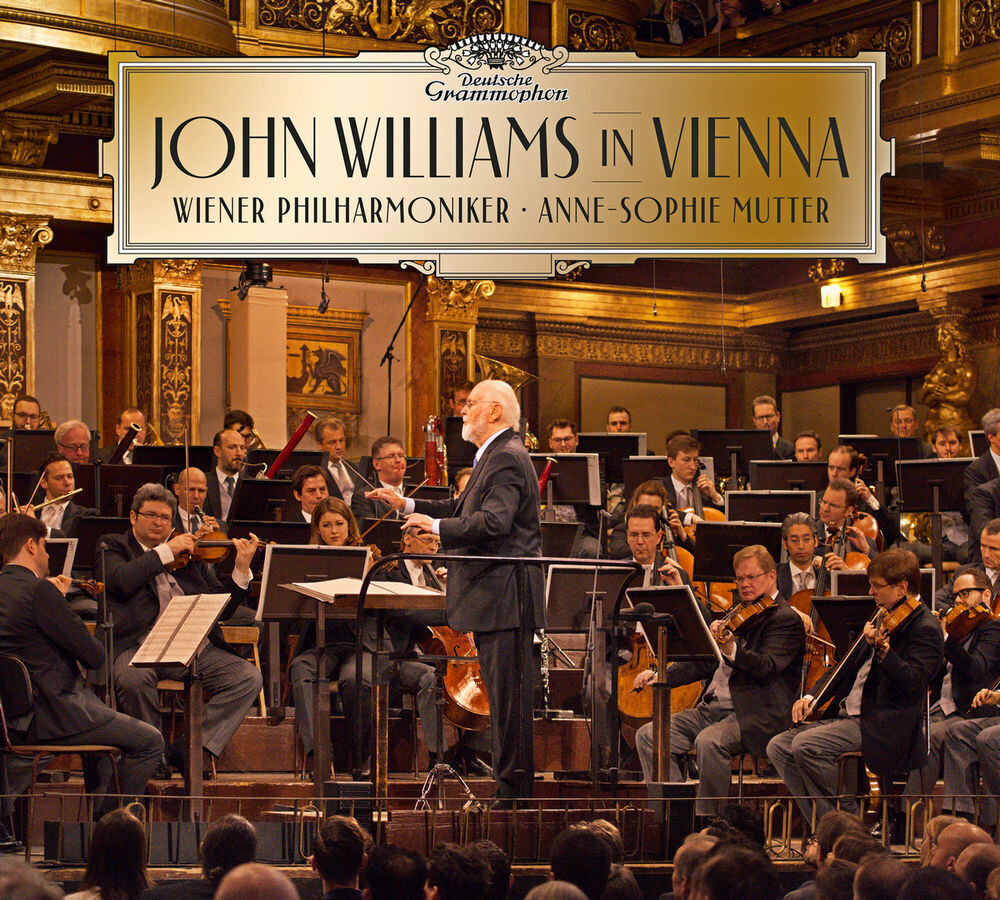 Two CDs. DG presents John Williams in Vienna, the live recordings of the Hollywood legend's Vienna Philharmonic 2020 debut. Saying it's "one of the greatest honors of my life," he received a standing ovation before a single note was played. Sharing the stage with the famous orchestra and violinist Anne-Sophie Mutter, he performs iconic themes from Star Wars, Harry Potter, Indiana Jones, Jurassic Park and other cinematic landmarks that have earned countless awards: 5 Oscars, 5 Emmys, 25 Grammys and more.