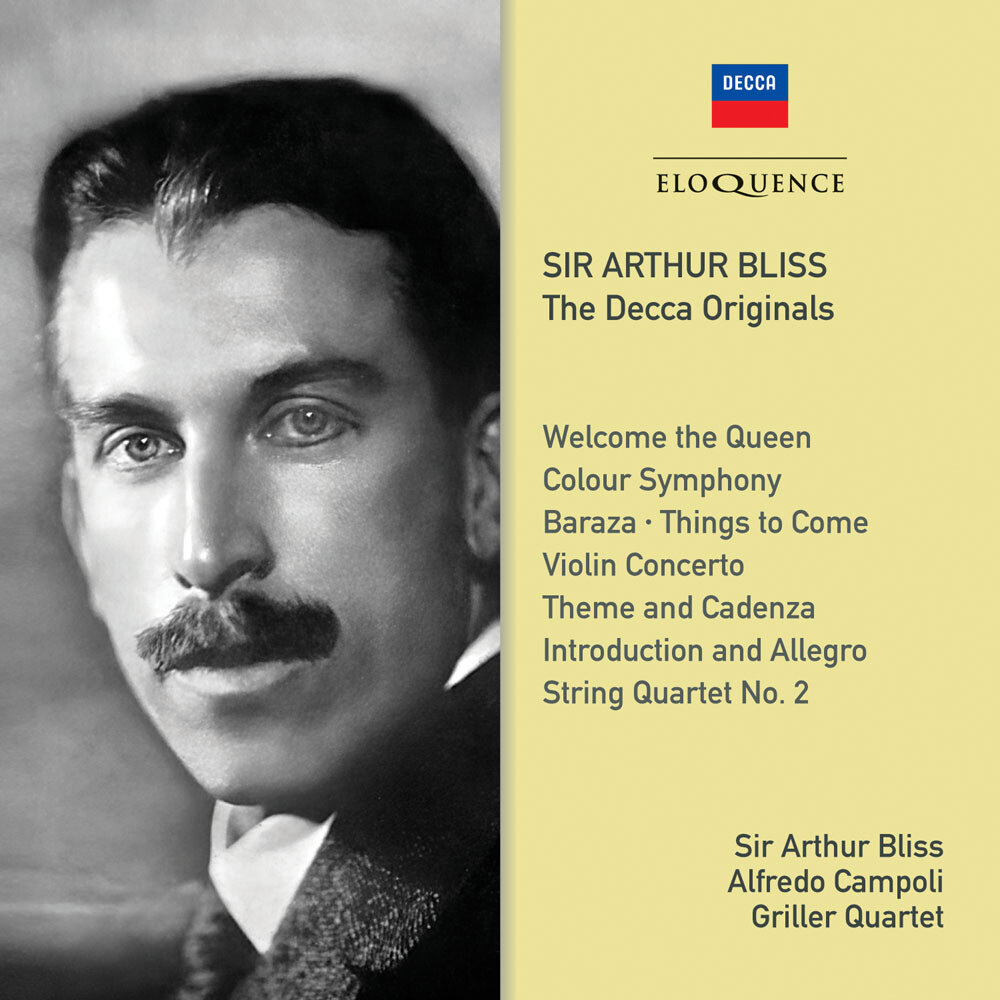 Bliss: The Decca Originals: a new collection of Decca recordings of Bliss's music, including tracks previously unreleased on Decca CD as well as the complete version of the Violin Concerto with Alfredo Campoli. The career of Arthur Bliss was launched in London in the 1920s with provocative ensemble pieces such as Rout, but it was established by the Colour Symphony which Sir Edward Elgar invited him to write for the Three Choirs Festival. Bliss gradually became an establishment figure, appointed Master of the Queen's Music in 1953 and a fluent maker of music celebrating Englishness (such as Welcome the Queen, 1954) at a time when notions of national identity were coming under scrutiny as never before. However, Bliss always retained something of the dashing provocateur about him, and his best music often had a terse and anguished quality - such as the Introduction and Allegro which filled out the first LP of the Colour Symphony, or the score he wrote for the H.G. Wells film, Things to Come, or the Second String Quartet. These premiere, composer-conducted and -supervised recordings from the 1950s are reissued here, along with a genuine rarity, Baraza: a concertante movement for piano and orchestra crafted from the film music he wrote for Men of Two Worlds. In 1955 Bliss responded to a BBC commission with his most accomplished work in the concerto genre, written with the violinist Alfredo Campoli in mind. The premiere enjoyed a great success, and a Decca recording soon followed. However, the composer remained dissatisfied by the length of the concerto, and having recorded it complete, ensured that certain cuts were made for the first release. This missing material has been restored and the whole recording newly remastered, presenting on CD for the first time the complete score of the Concerto as it's composer and first soloist recorded it.