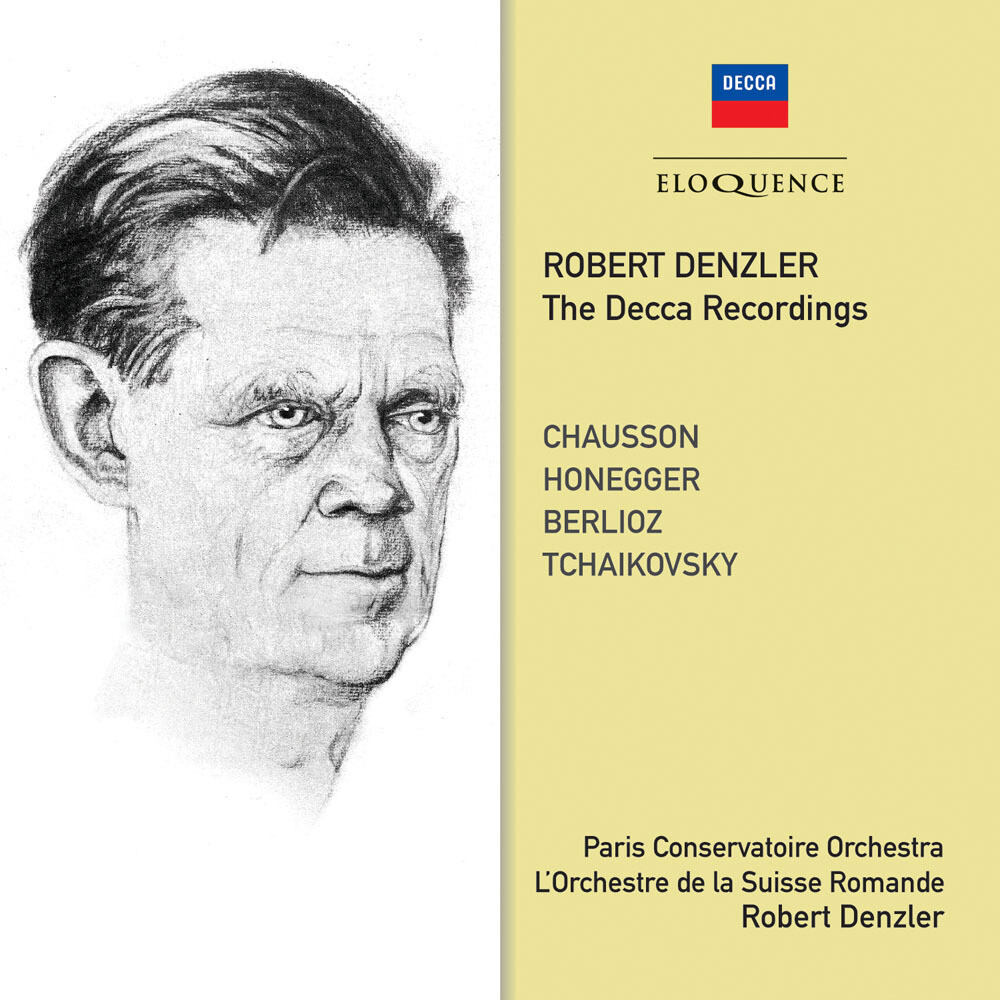 Zurich-born and trained, the conductor Robert Denzler (1892-1972) found a summer home in Bayreuth as an assistant to the likes of Hans Richter and Karl Muck. He thus established his Wagnerian credentials early on, and from 1925 to 1931 he ran an annual Wagner Festival in Geneva in cooperation with L'Orchestre de la Suisse Romande. Later that decade he directed the premieres, in Zurich, of both Hindemith's Mathis der Maler and Berg's unfinished Lulu. Following the final rehearsal of a Die Walküre staging in 1951 the city's Grand Theatre was gutted by all-too-real fire, and Denzler directed the opera in concert at the Victoria Hall. One performance survives, revealing Denzler as an impulsive, incandescent Wagnerian in the mould of Artur Rodzinski: qualities which readily transfer themselves to the opulent Symphony by Ernst Chausson. This was the work's first stereo recording, and both Denzler and the Decca engineers did it proud. Too little of Denzler's work is preserved on record, making this anthology of his complete Decca recordings all the more valuable. His work with the company began in May 1954 with sessions for a medium-play, 10-inch disc of two Berlioz overtures, well received for Denzler's accomplished sense of theatre and clarity of direction. In June 1955 there followed the first recording of Honegger's wartime symphony, the 'Liturgique'. This was made with the Paris Conservatoire Orchestra, which was then going through a golden period, directed by the likes of Erich Kleiber and Carl Schuricht, and Denzler secures from them playing of no less power and authority. The Chausson was recorded in Paris in May 1956, and Denzler's slender Decca discography was brought to a fiery close with the Fourth Symphony of Tchaikovsky, recorded back in Geneva in October and November of 1960. With all their experience of recording the Suisse Romande under it's founder-director Ernest Ansermet, the Decca engineers had made a home from home in the Victoria Hall, and Denzler's reading makes for fascinating comparison with the Decca OSR account conducted by Ataulfo Argenta five years earlier: more rhythmically solid, more brass-heavy, hardly less rousing. The compilation is enhanced by a new appreciation of Denzler's recorded legacy by Jonathan Summers. Original covers are pictured within the booklet.