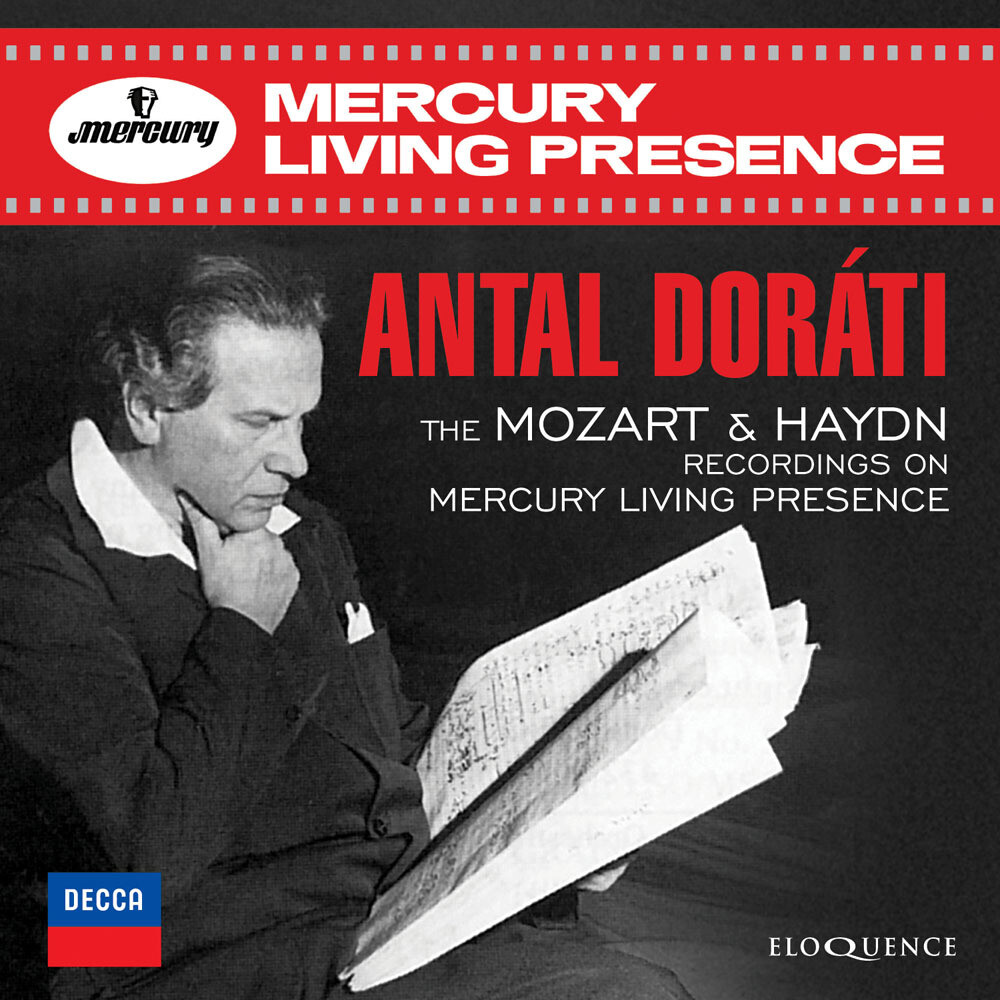 Antal Doráti's complete Haydn and Mozart recordings for Mercury, predating his landmark collection of the Haydn cycle for Decca. In 1966 the Stereo Review critic made a prescient observation: 'Doráti here establishes himself as a first-rate Haydn conductor.' There is the passion of advocacy as well as the foundational principles of his Haydn performing style in these early recordings: 'Only a few of his works were done and were always repeated,' Doráti remarked in interview. 'The reason for that, I think, is just human modesty. The taste of a public is modest; they are satisfied with little. But that is why we are here - to show them a wider horizon... Haydn began as a talent and ended up as a genius'. Unlike many of his colleagues, Doráti took pleasure in the process of recording, establishing a happy and concordant working relationship with the husband-and-wife Mercury team of Robert and Wilma Cozart Fine. One of the first fruits of that relationship was a pairing of Mozart's 40th and Mendelssohn's 4th symphonies, made in Minneapolis where Doráti was music director and released in 1953 (the 'Italian' has been reissued separately by Eloquence, coupled with Doráti's Schumann and more Mendelssohn, 484 0506). There followed Eine kleine Nachtmusik coupled with the 'Linz' in 1956, and a stereo remake of the 40th in 1961. The rarity here is the 'Mozartiana' LP from 1967, gathering up the Overture to Lucio Silla with marches and dances, and never previously issued complete on CD. In the meanwhile, Doráti had embarked upon what would be the largest Haydn discography of any conductor with the 'Farewell' Symphony, from the same sessions as the stereo remake of Mozart's 40th. He picked a judicious path through mostly named symphonies ('Fire', 'Surprise', 'Military', 'Clock' and 'Drum Roll') calculated to appeal to consumers hitherto hardly familiar with the extent of Haydn's symphonic achievement, conducting the LSO, the Bath Festival Orchestra ('Festival Chamber Orchestra') and his own Philharmonia Hungarica. The fire and brilliance of these early recordings sometimes exceeds the later Decca remakes within Doráti's complete cycle.