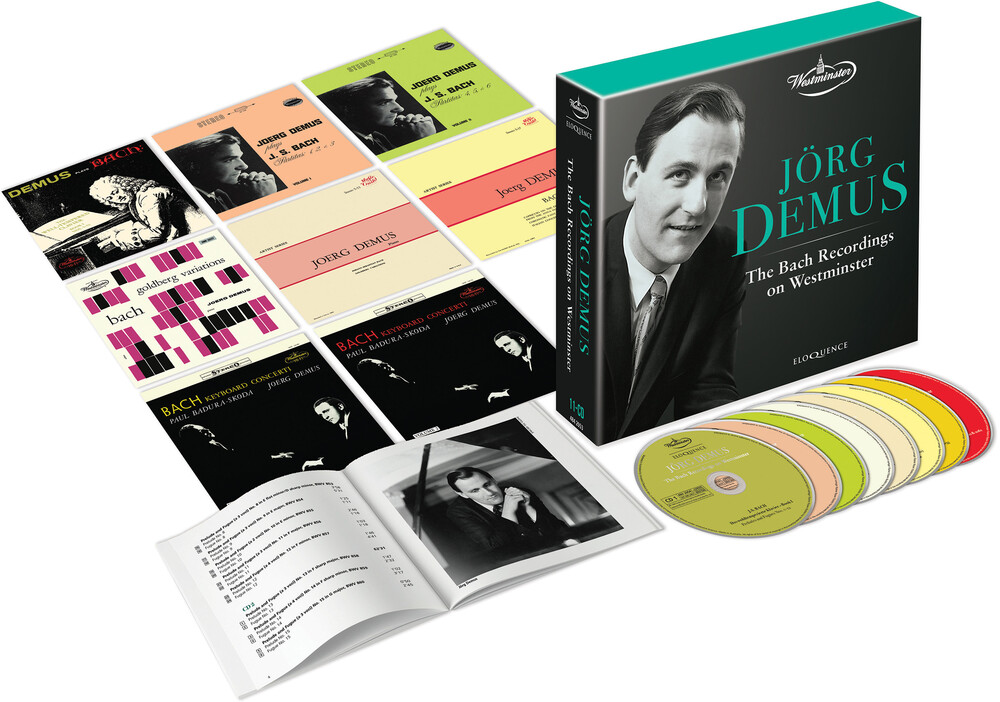 Bach playing to refresh the spirits as well as satisfy the mind: the early recordings of consummate Viennese pianist, Jörg Demus, unfailingly lively as well as faithful. 'Pianist' is still too narrow a term to encompass the artistry of a musician equipped with a compendious historical knowledge and practical experience of keyboard instruments from the clavichord onwards. Jörg Demus was Viennese to his fingertips, and together with Paul Badura-Skoda or Friedrich Gulda, he belonged to an informal triumvirate of postwar young Austrian pianists who brought refreshing illumination to Baroque and Classical-era repertoire. Over the decades, few interpreters were considered to be so reliable an exponent of all aspects of Viennese performance practice, whose essential lightness of being Demus deployed in a repertoire established on the rock of Bach. By his own account, Bach's music came easily and straightforwardly to Demus as a talented teenager at the piano. Though he made his official concert debut as a pianist playing Beethoven, it was his four-concert cycle of The Well-Tempered Clavier, as a recent graduate of the Wiener Akademie, that set Demus on the path of a career which soon attracted the attention of US labels such as Remington and Westminster. From the late-1950s onwards he recorded the major works of Bach gathered here. His first (mono) LP of the Goldberg Variations was inevitably set alongside the iconoclastic 1955 reading by the young Glenn Gould, but Demus's consummate poise and unshowy dexterity elicited comparisons with pianistic legends such as Schnabel and Kempff. The Bach concertos are a particular delight, conveying as they do the close personal and musical relationship between Demus and Badura-Skoda, which endured to the end of their careers and continued to be captured in enduringly lovable recordings of the piano-duo repertoire by Mozart and Schubert. The transparent simplicity and directness of his contrapuntal articulation in 'the 48' stand the test of time, and Demus is equally attuned to Bach the virtuoso artist in the Chromatic Fantasia and Fugue. Most of these Westminster albums are receiving their first official release on CD (and digitally) in this new set from Eloquence. Original tapes have been used for all remasters, and the set unites both the mono and later stereo versions of the Goldbergs. A booklet essay by Peter Quantrill draws on the pianist's own memories of learning and performing Bach's music, which are informed by the understanding and affection which made him such a prized teacher until his death, at the age of 90, in 2019.