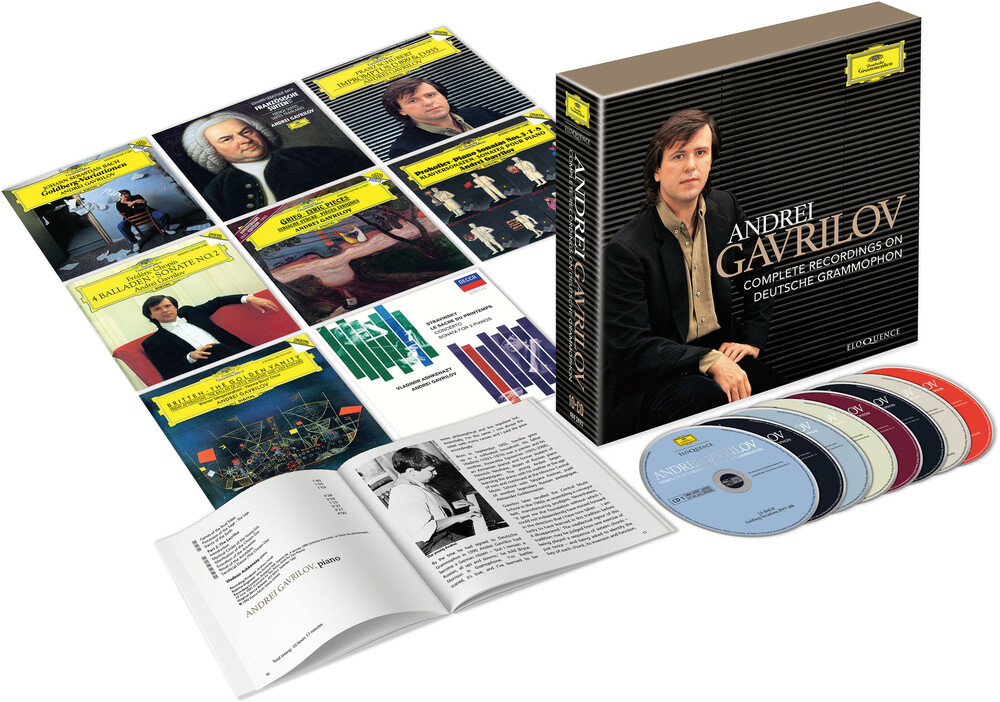 Several long-deleted albums reissued in this comprehensive survey of Andrei Gavrilov's DG career: superbly engineered recordings of a pianist in the great Russian tradition. For three years in the early 1990s, Andrei Gavrilov belonged to the Deutsche Grammophon stable of artists, alongside his contemporaries Krystian Zimerman and Ivo Pogorelich. Like them he had technique to burn and a searching approach to repertoire which in the hands of other pianists has often become an exhibition of facility. During that period he made nine albums, both revisiting classics of his repertoire and taking on new challenges. He also joined his Decca colleague Vladimir Ashkenazy for a Stravinsky disc which had critics purring over the dynamism and finesse of The Rite of Spring in it's two-piano arrangement. To begin with, the Impromptus of Schubert took some listeners aback with their restraint and simplicity of phrasing. His response to Chopin (Ballades and Second Sonata), Ravel (Gaspard de la nuit) and Prokofiev (sonatas and Romeo and Juliet) proved to be even fuller and deeper than in the 1980s recordings which had launched his international recording career after a spectacular triumph at the Moscow Tchaikovsky Competition in 1974. Gavrilov paid homage to his countryman Emil Gilels with a sublime selection from Grieg's Lyric Pieces, returned to the French Suites of Bach and set down a highly individual version of the Goldberg Variations, all graced with the sophistication of touch and color at the piano which set him apart even from the most talented of his Russian contemporaries. Inspired by his friendship with Sviatoslav Richter, he even took on the piano parts for a selection of Britten choral works, in a Viennese-made recording. This original covers box features new essays on the pianist and his career by Peter Quantrill and Peter Czornyj, Gavrilov's producer at Deutsche Grammophon.