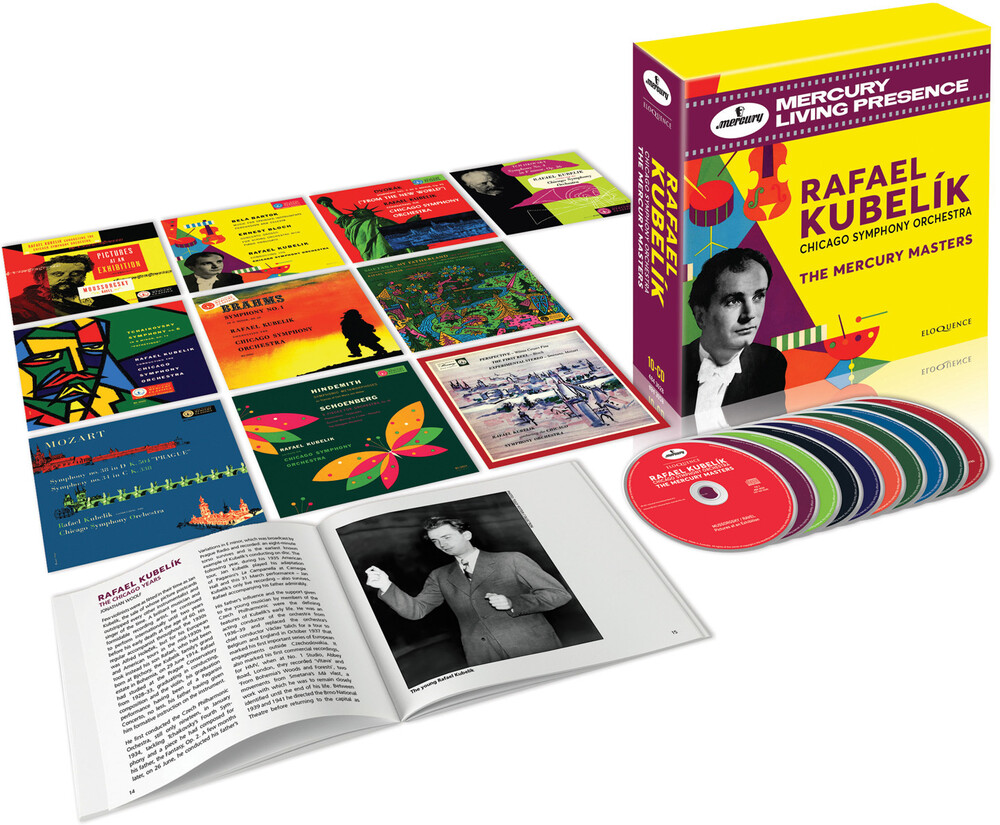 Groundbreaking technology, dynamic musical leadership, world-class orchestral playing: a brief marriage of lasting impact for the history of recorded music. To mark the 70th anniversary of Mercury Living Presence, this limited-edition box presents the complete Chicago Symphony/Rafael Kubelík recordings, newly remastered by Thomas Fine and including never-before-published material. The brief and turbulent tenure of Rafael Kubelík as the CSO's music director has become the stuff of legend for it's intense partisan hostility. When he arrived in Chicago in 1950 to replace Artur Rodzinski, the 36-year-old Kubelík had impressive credentials and a fast-growing list of triumphs in Europe. The city's musical press had hung previous directors out to dry, including Rodzinski, but they subjected Kubelík to intense and sustained criticism of his programming and performances until he resigned in 1953. Kubelík's arrival coincided with the lapsing of the CSO's previous recording contract and the almost immediate appearance of the ambitious Mercury label. The conductor later recalled how 'a very clever team from Mercury turned up and established that the best microphone positioning was just a single one above my head... The resulting sound was identical to what I heard during the playing and didn't need to be altered'. As soon as they were issued - Pictures at an Exhibition was the first LP ever released by Mercury - the results won universal praise. Another eight albums followed, of Romantic and modern repertoire playing to the strengths of both orchestra and conductor, concluding in April 1953 with a sonic and artistic spectacular, the Five Pieces for Orchestra of Schoenberg coupled with Hindemith's Symphonic Metamorphoses on themes of Weber. Using the best original tape sources available, new high-resolution transfers have been made by Thomas Fine, son of C. Robert Fine and Wilma Cozart Fine, founders of Mercury. Thomas Fine has also contributed 'sessionography' notes, detailing the equipment and techniques which made MLP recordings famous the world over for their unparalleled fidelity. CD10 includes unique material, beginning with an interview with Wilma Cozart Fine. First takes of Bloch's Concerto Grosso add up to an almost complete alternative performance, never previously published. Experimental-stereo tapes - of Mozart's 'Prague' Symphony and Tabor from Ma Vlast - were made by the engineer Bert Whyte. Both are included here in new remasters by Mark Obert-Thorn.