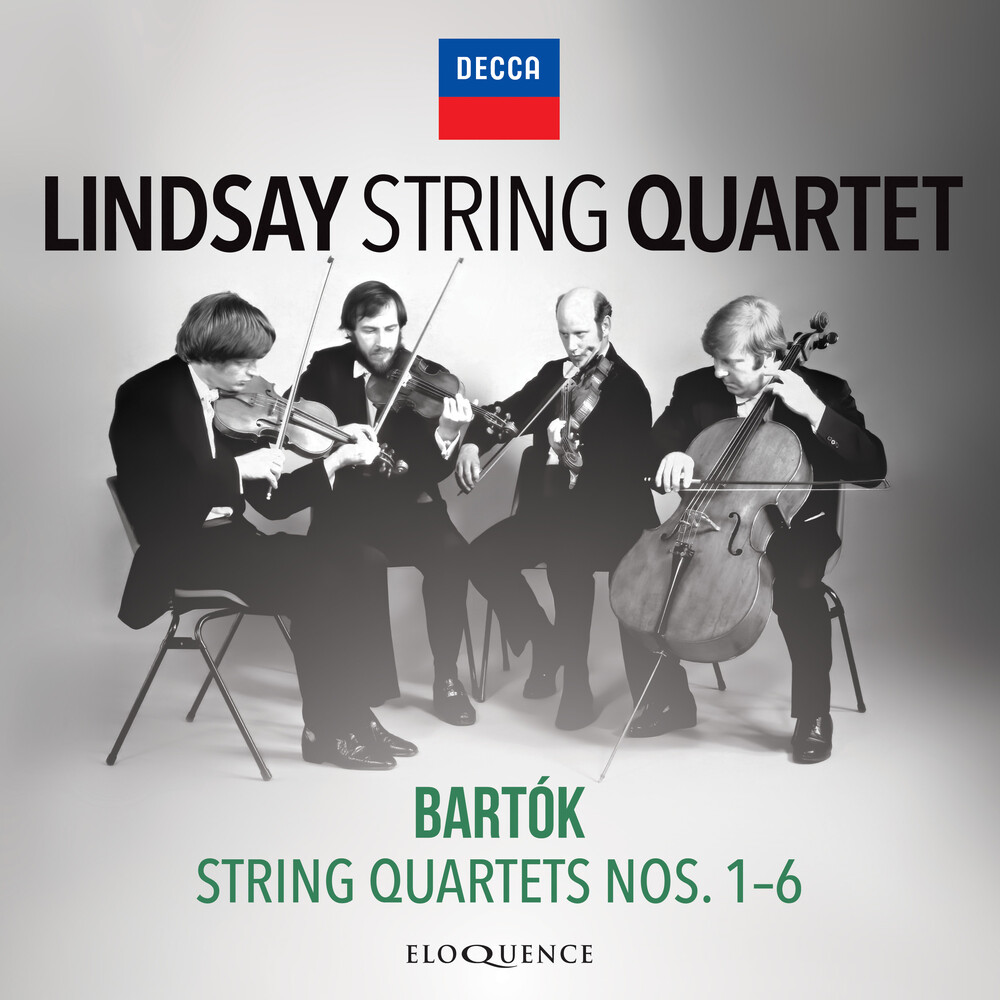 The first digitally recorded Bartók quartet cycle, long unavailable: ferociously intelligent readings in superb sound that have stood the test of time against other classic interpretations in the storied discography of these works. The Lindsays' Bartók cycle, recorded by ASV in 1980-81, marked the culmination of a decade of intense study and concert performances of the cycle, much of it done in Hungary with eminent string players. Reviewers found that the acoustic of Rosslyn Hill Chapel in north London made an ideal complement to the Lindsays' searching accounts, recorded in studio conditions but preserving the risk-and-reward strategy of their live performances. The Quartet's charismatic leader was Peter Cropper, who outlined the group's performing philosophy: 'We did it because we loved it, and I think it came across. I don't say it was always immaculate. Who wants perfection?' Where previous benchmark recordings by native ensembles had majored on the spirit more than the letter of the score, however, the Lindsays' attention to detail in this ASV cycle raised the curtain on a new era of interpretation for works that have evolved to reflect the zeitgeist as well as the troubled mind of their creator. As Sir Michael Tippett remarked: 'The Lindsays are indeed the best friend a composer could have'. Immaculate control in the compressed drama of the Third and violent eruptions of the Fourth hardly precludes a fine sense of the desolation in the finale of the Second and the heart-breaking resignation in the final pages of the Sixth. The full timbral palette of Bartók's pizzicato-glissando effects, magical harmonies and muted sonorities is eloquently and elegantly captured in what was then innovative technology.