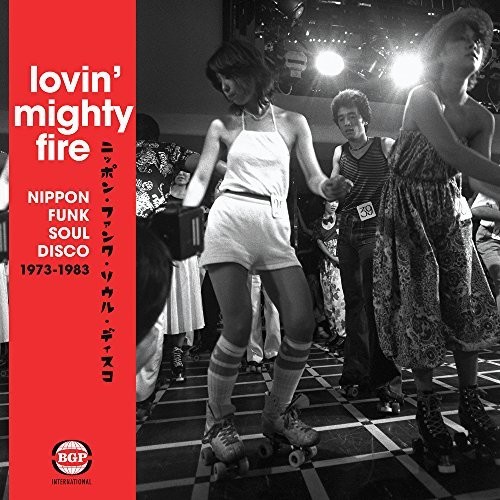 Double vinyl LP pressing. UK collection. Lovin' Mighty Fire is Howard Williams' third Japanese music compilation for the Ace Records house of labels - this time, for BGP International. Assembled in between his job as a record distributor and his monthly Japan Blues show for NTS radio, the first two have taken a look at the late '50s for a blast of Japanese rockabilly (Nippon Rock 'n' Roll), then the '60s and '70s for a romp in Japanese surf music (Nippon Guitars). This new outing searches for the soul music of Japan, from the early '70s to the early '80s. Japan has long been known as the final destination for many a collectible soul record. Yet, who suspected that some fine soul grooves were recorded for the domestic market, from ballads, to funk and disco? Strangely enough, some of the busiest writers and producers in this field came from a late '60s rock band, Happy End, but on listening to their collaborations, their rhythmic, soulful feel is immediately apparent. This album finally plants a Japanese flag firmly on the global map of soul.