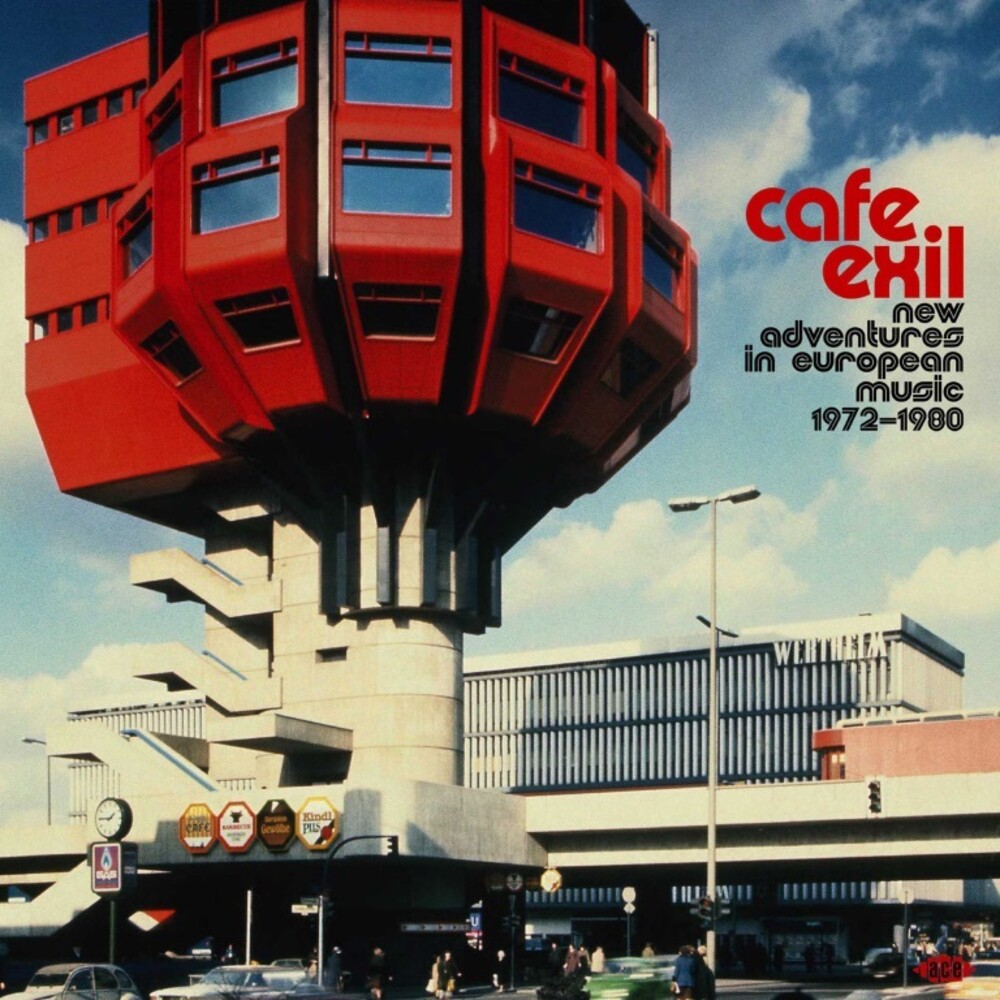 Double vinyl LP pressing. 2020 collection. When David Bowie and Iggy Pop relocated from LA to continental Europe, taking trains to Berlin, Paris and Warsaw, they would have come across new music that was very different to the burgeoning disco scene they left behind. Cafe Exil - named after one of Bowie's favourite Berlin haunts - imagines the soundtrack that would have informed Low, Heroes and Lodger. It's an awesome mix of electronica, Krautrock and experimental treats. There are key tracks from members of Can and Tangerine Dream, fascinating obscurities by German act Streetmark and Italian library maestro Piero Umiliani, the Herzog-soundtracking Popul Vuh, and highly collectible avant-strangeness by Annette Peacock. Czech-born Jan Hammer's beautiful, light, atmospheric groove is among myriad surprises. "Cafe Exil" has been put together by Saint Etienne's Bob Stanley and Jason Wood, author of multiple books on cinema and programmer at Home in Manchester. It fits in with other recent Ace compilations such as "English Weather" and "76 In The Shade" - it creates a mood, a time and a place. You're right there, sat next to Bowie, drinking his Pernod and black, in a darkly lit Berlin bar.