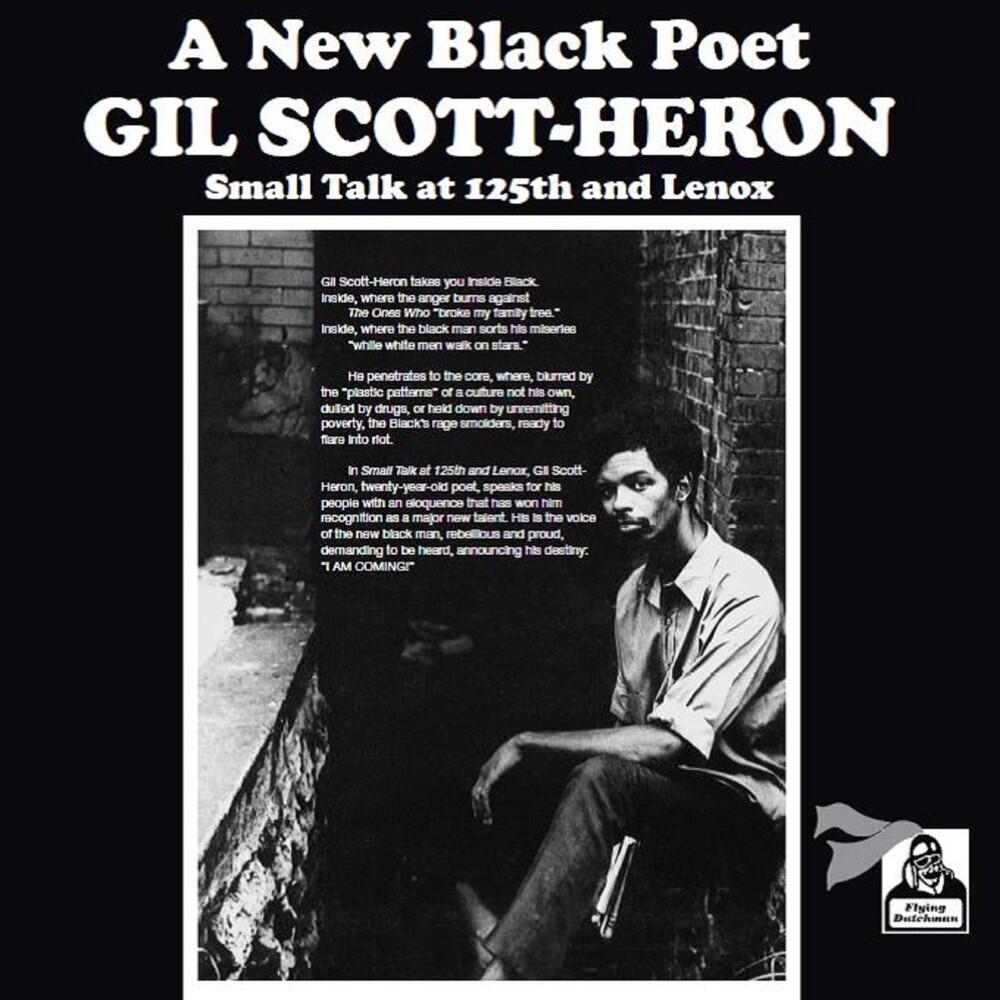 Gil Scott-Heron was twenty-one years old when he was signed to Flying Dutchman by Bob Thiele to make an album of his poetry. The resultant "Small Talk at 125th and Lenox" was recorded before a small live audience and, released in 1970, sat perfectly in a world where the Last Poets had just tasted Top 10 success with their debut LP. "Small Talk at 125th and Lenox" opened with a spoken word version of 'The Revolution Will Not Be Televised' and also featured poems and musical pieces like 'Omen', 'Brother', 'Plastic Pattern People', 'Paint It Black' and 'Everyday' that reflected on the black community and it's condition within America at this time. The starkest of these sharp observational pieces from Scott-Heron was 'Whitey On The Moon', which recounts the US Government spending billions on landing a rocket on the moon at a time when, "a rat done bit my sister, Nell". Like it's follow-up - "Pieces Of A Man" - "Small Talk at 125th and Lenox" is a classic album and we are delighted to serve it up again on vinyl in a gatefold sleeve with the original liner notes. With current "Big Talk" of going back to the moon, whilst injustice still prevails for many black people in America, "Small Talk at 125th and Lenox" still conveys a message that resonates today.