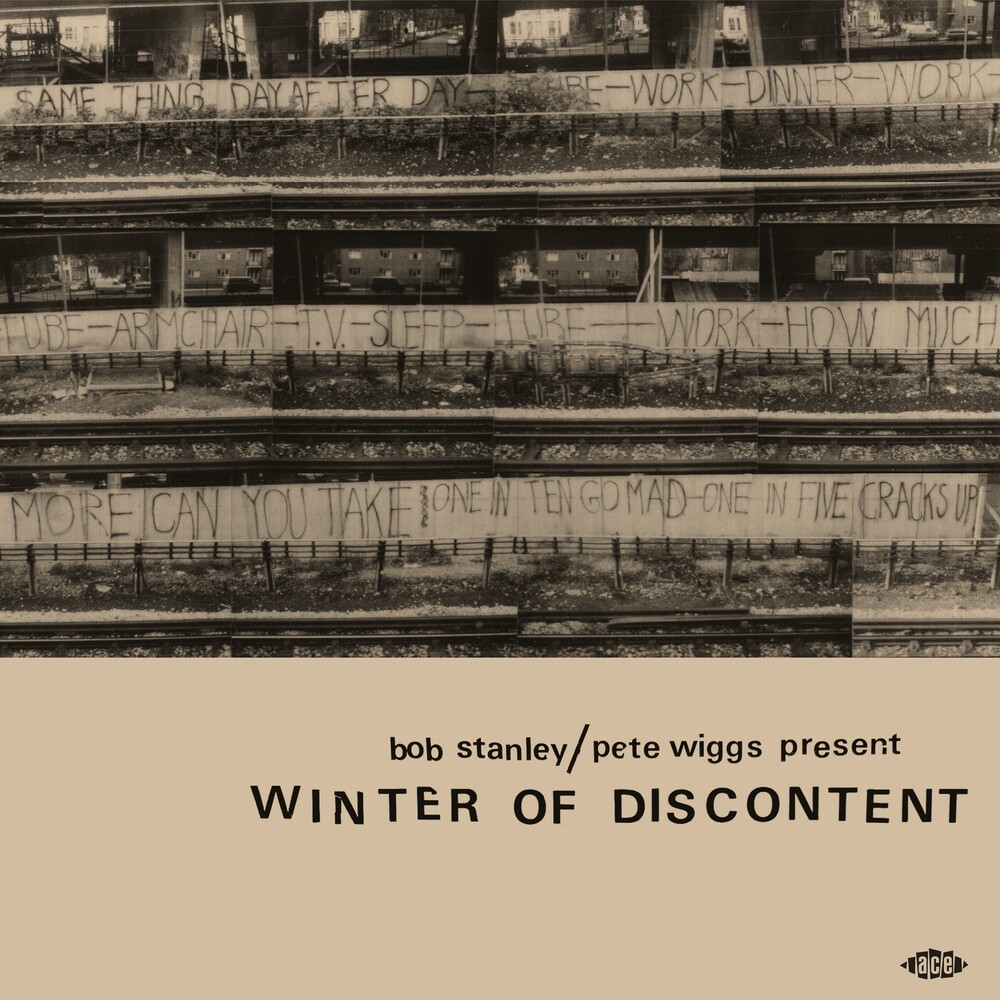 There was plenty of genuine discontent in Britain at the tail end of the 1970s, and it had little to do with bin strikes or dark rumours about overflowing morgues. In the world of popular music, the most liberating after-effect of the Sex Pistols was that anyone with something to say now felt they could make a 7" single. "Winter Of Discontent" is the sound of truly DIY music, made by people who maybe hadn't written a song until a day or two before they went into the studio. It's spontaneous and genuinely free in a way the British music scene has rarely been before or since."Winter of Discontent" has been compiled by Saint Etienne's Bob Stanley and Pete Wiggs, the latest in their highly acclaimed series of albums that includes "The Daisy Age", "Fell From The Sun" and "English Weather" ("really compelling and immersive: it's a pleasure to lose yourself in it" - Alexis Petridis, the Guardian). The era's bigger DIY names (Scritti Politti, TV Personalities, the Fall) and the lesser-known (Exhibit A, Digital Dinosaurs, Frankie's Crew) are side by side on "Winter Of Discontent". Mark Perry's Sniffin' Glue command - "Here's one chord, here's another, now start a band" - was amplified by the Mekons and the Raincoats, whose music shared a little of punk's volume, speed and distortion, but all of it's obliqueness and irreverence. The discontent was with society as a whole. No subject matter was taboo: oppressive maleness (Scritti Politti); deluded Britishness (TV Personalities); gender stereotypes (Raincoats, Androids of Mu); nihilistic youth (Fatal Microbes); alcoholism (Thin Yoghurts); self-doubt and pacifism (Zounds). The band names (Thin Yoghurts!) and those of individual members (Andrew Lunchbox!) had enough daftness to avoid any accusations of solemnity.