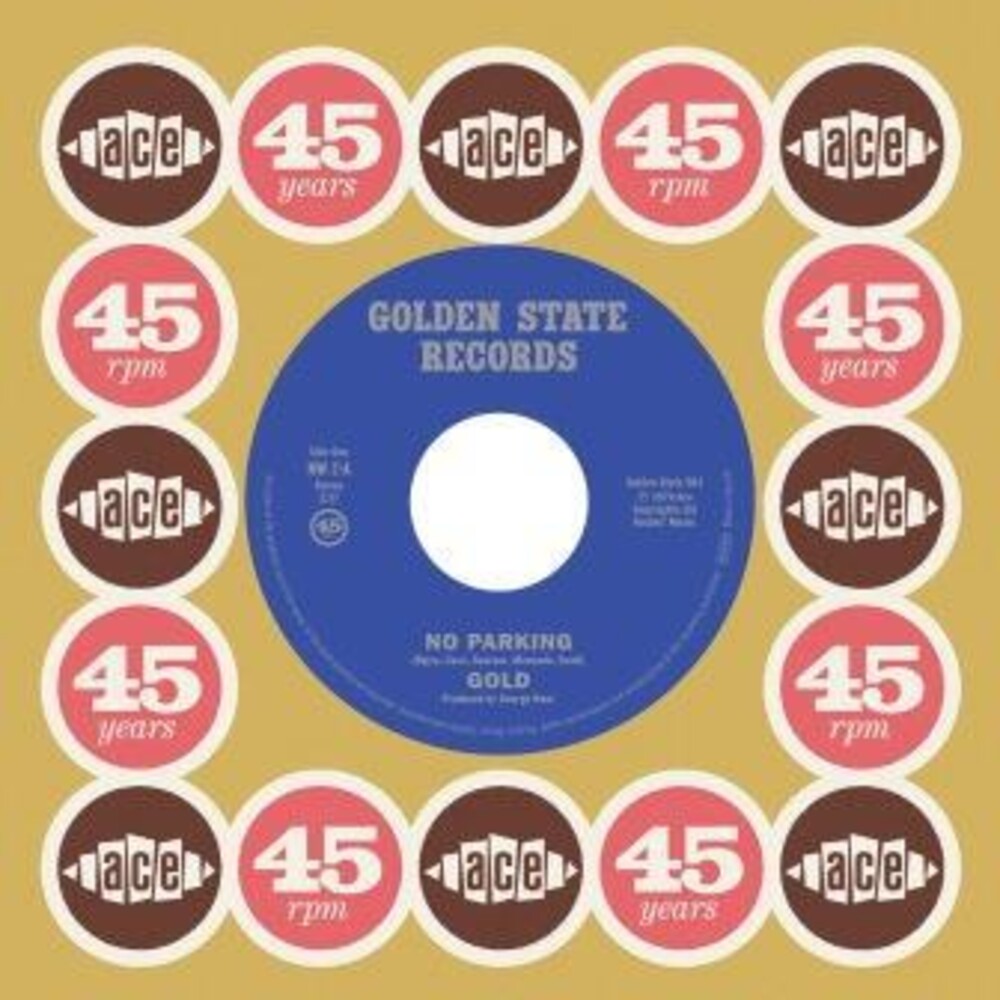 The high-velocity 'No Parking' is a nugget of hard rocking proto-punk precious metal from San Francisco outfit Gold, and has recently found favour with the hardcore cratediggers that dig the brown acid late 60s sound. A multi-ethnic aggregation, Gold's period of operation was between 1969 and 1971, during which time they were signed by Golden State Records and issued this now sought-after single in early 1970, produced by studio owner Leo Kulka under the pseudonym George Benz. For the flipside of this special reissue of 'No Parking' to celebrate Ace's 45th, we delved into the Golden State archives to find a previously unknown early version of 'No Parking', recorded six months earlier and boasting a more psychedelic approach, whilst still managing to maintain the brutal energy of the original disc.