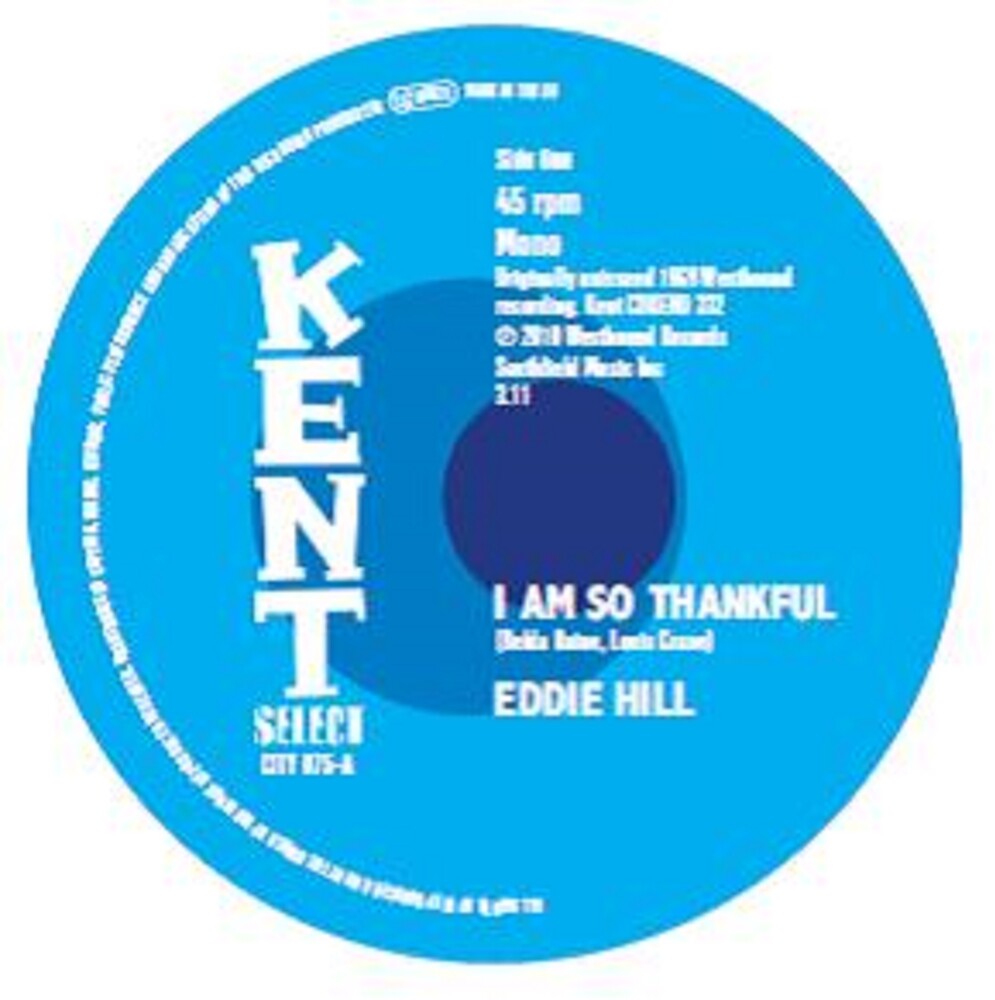 Finding a new Eddie Hill recording from 1969 was quite a thrill and on hearing the beautiful mid-tempo groove, we included it on both our "Westbound Northern Soul" and "Masterpieces Of Modern Soul Vol 3" CDs in 2010. Since then, demand for 'I Am So Thankful' has risen and we can now issue it as a single. It was originally scheduled to be Westbound 151 in the USA but that spot was claimed by Emanuel Lasky's 'Never My Love'. Eddie now has a Kent release to go with his Detroit waxings on Thelma, Ge-Ge and M-S. 'Long Live The King' was an LP track from the Detroit Emeralds' acclaimed debut album "Do Me Right". It didn't get a US 45 release but did sneak out on a Various Artists UK DJ-promo EP in 1973 for then-current Phonogram releases. This is the first time this superb and popular dance track it has been commercially available as a single.