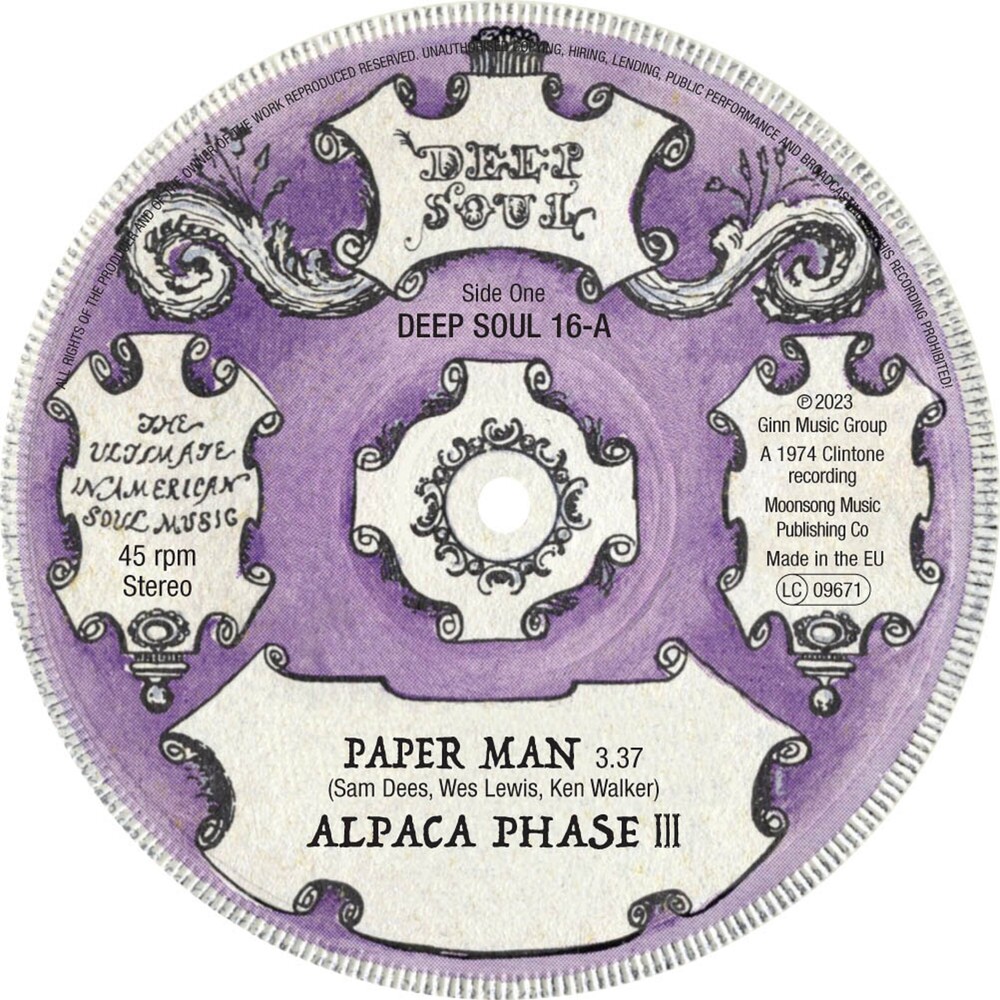 Paper Man' is a major discovery for lovers of Sam Dees' music and the Atlanta/Birmingham soul sound of the 70s. Written and recorded in that productive period, it has only just been found in the vault of Moonsong / Clintone recordings. Sam Dees worked with Alpaca Phase III for the Atlantic release 'I Like To Party' in 1974 and a Clintone release the following year. He co-wrote this ballad with Wes Lewis and Ken Walker from the group (he also composed 'Someone To Run To' with Wes Lewis and group member Berry Collins). Dees is the vocalist on 'False Alarms', one of several brilliant Dees compositions first released on his "Second To None" Kent CD in 1995. With "so tied up" being such an important lyric in this song, it is conceivable that it is a forerunner of 'So Tied Up' which featured on his Atlantic LP at this time