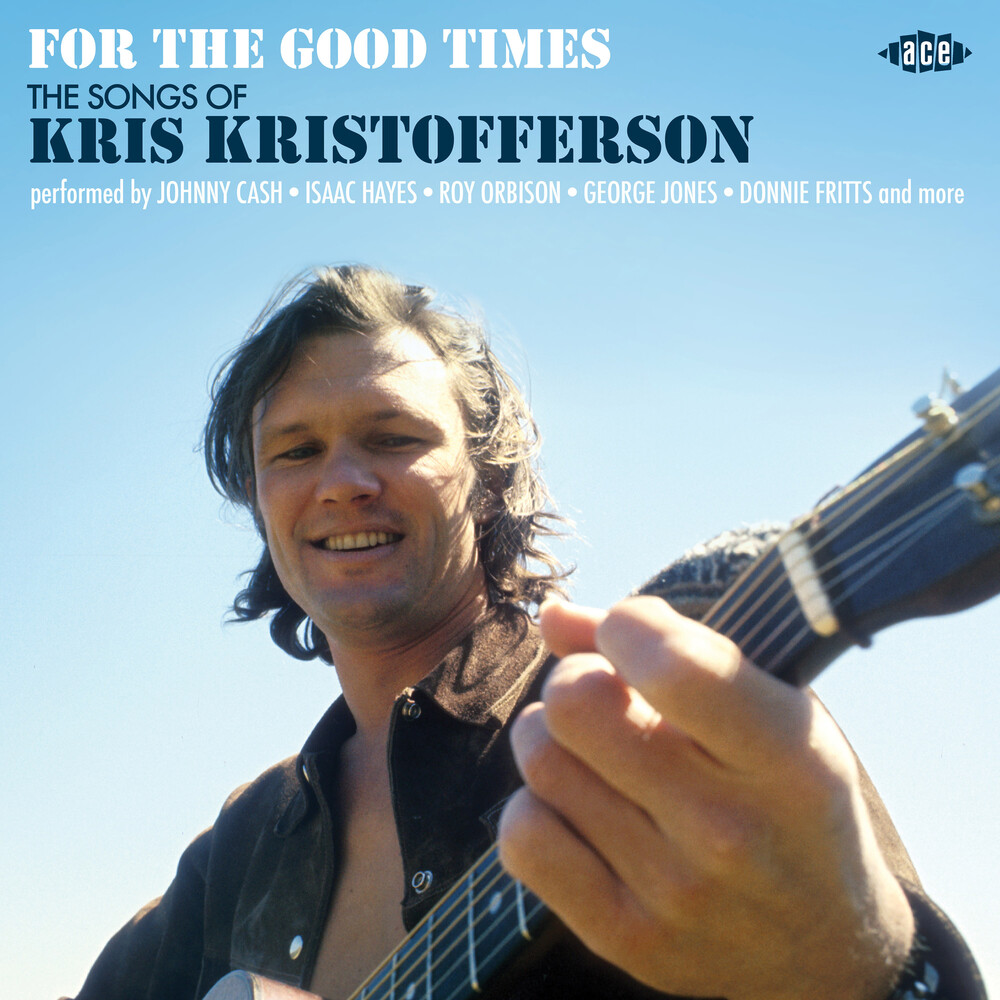 (Please call first)
DISC: 1
1. Help Me Make It Through the Night - Sammi Smith
2. Sugarman - Sam Baker
3. Enough for You - Dianne Steinberg
4. Here Comes That Rainbow Again - Jerry Lee Lewis ; Shelby Lynne
5. Just the Other Side of Nowhere - Dean Martin
6. Something They Can't Take Away - Roy Orbison
7. From the Bottle to the Bottom - Billy Walker ; the Tennessee Walkers
8. Nobody Wins - Cynthia Sheeler
9. Rock and Roll Time - Roger McGuinn
10. Somebody Nobody Knows - the Everly Brothers
11. The Taker - Kris Kristofferson
12. Prone to Lean - Donnie Fritts
13. Why Me, Lord? - George Jones
14. Loving Her Was Easier - Lloyd Charmers
15. Sunday Morning Coming Down -
16. Bobby Osborne ; the Rocky Top X-Press
17. Me and Bobby McGee - Roger Miller
18. For the Good Times - Isaac Hayes
19. If You Don't Like Hank Williams - Hank Williams
20. Please Don't Tell Me How the Story Ends - Joan Osborne
21. You Show Me Yours (And I'll Show You Mine) - Willie Nelson with Amy Irving
22. The Junkie and the Juicehead (Minus Me) - Johnny Cash
23. Got to Have You - the Walker Brothers
24. To Beat the Devil - Waylon Jennings

Ace's much acclaimed Songwriter Series rolls into 2021 with a long overdue overview of the work of one of the greatest writers of the 20th Century. Kris Kristofferson's catalogue has been visited and revisited on scores of occasions over the past half century, with almost 1000 covers alone of just three songs - one of which, "For The Good Times", gives this new 23-track collection it's title. (The others are, of course, 'Me And Bobby McGee' and 'Help Me Make It Through The Night'). He may be primarily thought of as a country writer, but Kris' songs have been interpreted by artists as diverse as Isaac Hayes, Dean Martin and Scott Walker - all of whom are among those featured here. Although he wrote less as demand for his services as an actor - with more than 80 films to his credit - increased, more than a decade's worth of superior songwriting is covered in this collection, which also includes tracks by Kris' friends - and fellow members of the 1990s project that was The Highwaymen - Johnny Cash, Waylon Jennings and Willie Nelson. Songs you'll know well and songs you'll want to get to know well rub shoulders in this exceptional project, brought to you once again with all the care and attention you have come to expect from the Ace Songwriter Series. As always, many of the tracks are making their UK CD debut here. The inevitable bumper booklet, with track-by-track annotation and a raft of images, more than matches the standard of the music contained in "For The Good Times".