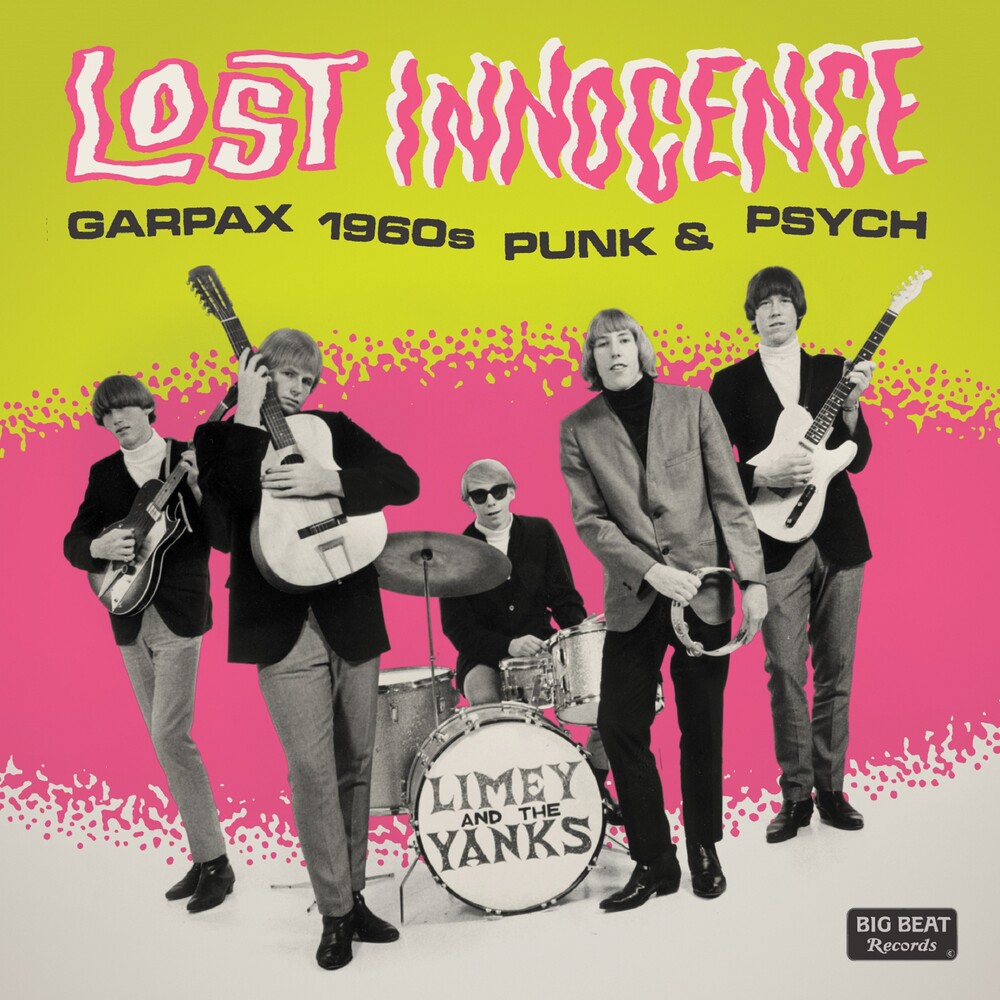 Vintage garage rock is only one of the many tributaries of popular music that the maverick genius Gary S Paxton recorded and produced in his 1960s heyday, and while hardly prolific, the small cadre of 60s punk tracks in the vault of this eccentric producer-engineer include a fair amount of acknowledged classics of the genre. "Lost Innocence: Garpax 1960s Punk & Psych" collects the best moments from Paxton's forays into teenaged rock in the wake of the British Invasion. Many of the groups and their discs are well-known to the aficionados: The Avengers' controversial 'Be A Cave Man', the snotty tones of 'See If I Care' by Ken & the Forth Dimension, the eloquent evocation of carnal knowledge that is the Buddhas' title track. Highly regarded nuggets by the Whatt Four, the New Wing and Limey & The Yanks are joined by ear-opening screamers from the likes of Carl Walden & the Humans. Most of the material on "Lost Innocence" was recorded at Paxton's two Hollywood studios between 1965 and 1967, but some of the freakier cuts derive from facilities he ran from a converted bank in the Bakersfield suburb of Oildale in the last three years of the decade. These include the trippy 'My Dream' by the aforementioned Buddhas and fantastic cuts by the Fog and Mental Institution, the latter one of the many pseudonyms that Paxton acolyte Kenny Johnson used while recording at the studio. "Lost Innocence" is taken wholly from master tape and features many songs either new to CD or completely unissued. A lengthy note and numerous rare photos complete a package loaded with appeal for the 1960s garage rock enthusiast.