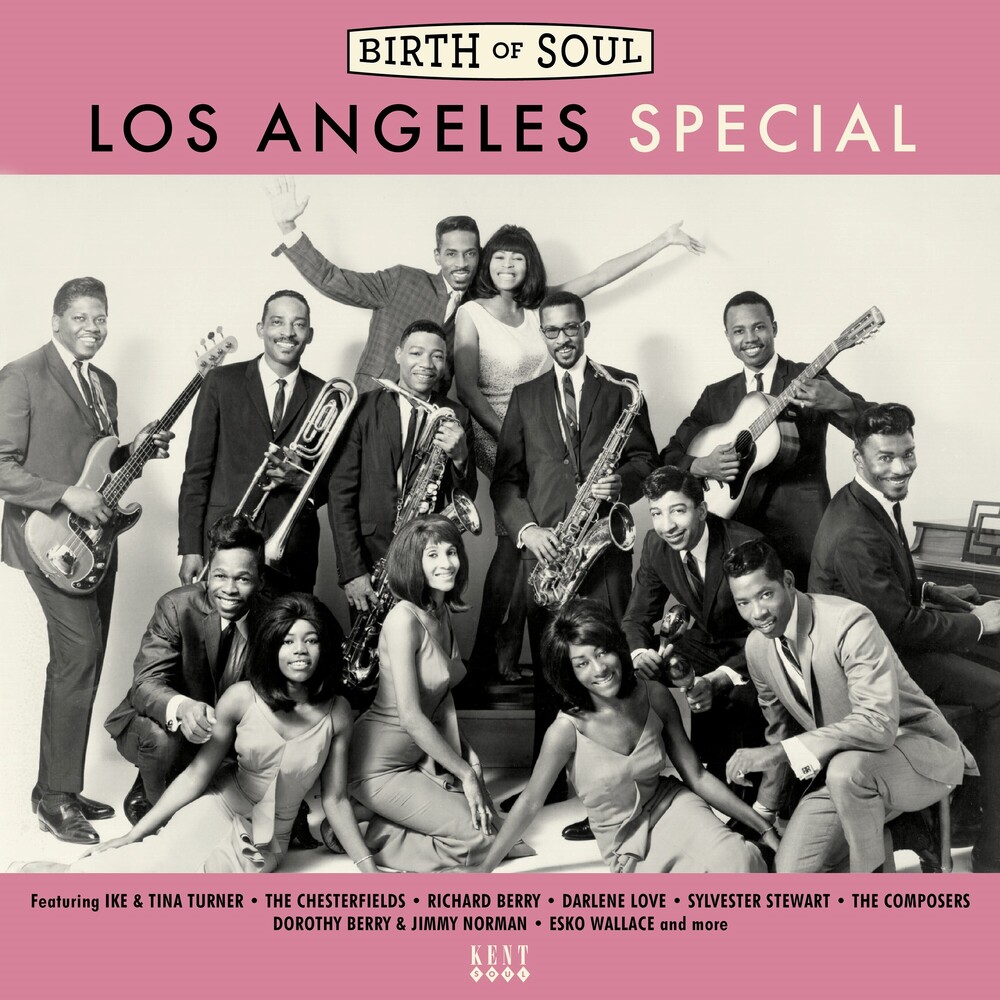 Ace has very strong links with Los Angeles labels - from our original licensors Modern to 50s labels such as Combo, Flash and Flip and 60s soul imprints Mirwood and Money were also acquired; as were Dore and Era, who had notable soul singles in their broad canons. The latter two labels provide a variety of tracks on this early 60s compilation and the recent licensing of George Semper's music provides the Mandarins' big city soul collectors' item 'That Other Guy', as well as a previously unissued vocal group version of his popular song 'You Better Watch Out Girl' by the Imperialites. Gary Paxton's large and mixed stash of tapes included a goldmine of black music gems from soul's first stirrings. Another brilliant white songwriter-producer who loved black music was George Motola and his recordings of the Vows, Chesterfields and Sylvester Stewart are highlights.H.B. Barnum has always been a major player in the city, his Little Star label was prolific in this period and we have included a duet of his two biggest solo stars Dorothy Berry & Jimmy Norman. Other great LA names such as Arthur Wright, Bobby Day, Hal Davis and Ed Cobb are also involved. Kent Harris' in-demand Phillips Sisters 45 'Let Me Be Your Little Dog' features as does another R&B gem - Hank Graham's first production 'Sneaking And Cheating' by Esko Wallace. The world-renowned Spector sound is represented by the great Darlene Love, whose Jack Nitzsche-arranged and produced demo is up there with her best released work from the Gold Star studios. Future Motown star Brenda Holloway's duet with Robert Jackson as the Soul-Mates shows her nascent talent and young Sylvester "Sly" Stewart had a glittering career ahead of him. Tina Turner did OK too; her performance with Ike on 'Lose My Cool' is superb and still under-the-radar. There are five previously unissued numbers including a Sam Cooke-style ballad from Billy Watkins cut at Modern, and Don Wyatt's captivating beat ballad 'But What About My Broken Heart'. We could have done a box set of the great music that came out of Los Angeles during the early 60s and these are just two dozen fascinating examples of how that city's soul sound came about