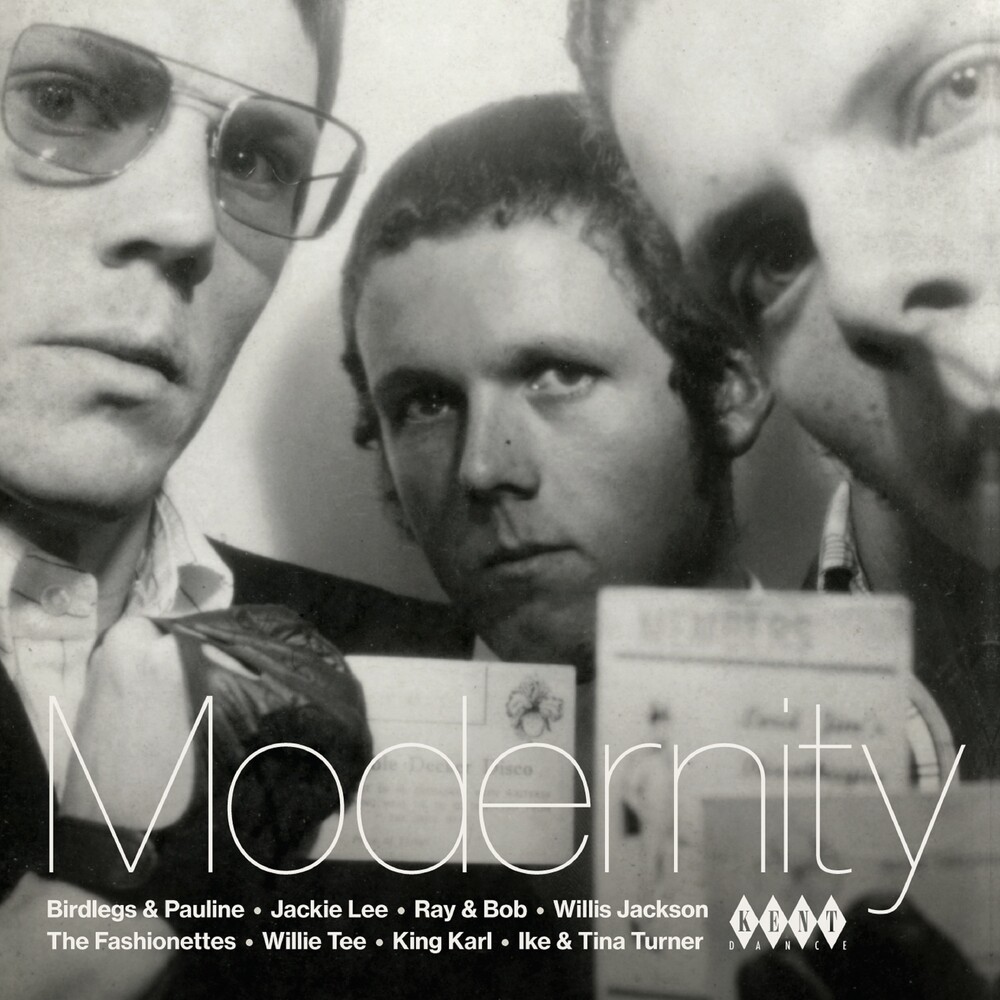 40 years of soul and blues mining has given Kent access to some killer previously locked-away tunes for this third volume in our mod series. A hitherto unheard 1964-vintage Ike & Tina track is big news: the duo's performance on 'Walk Home With Me' features a somewhat square-sounding male chorus which only adds to the charm of this excellent Buck Ram-produced number. The vocal pairing of Aaron Collins' two sisters, the Teen Queens, was a brief music sensation with 'Eddie My Love' in the 50s but, unknown until last year, the three siblings got together and cut four tracks for Modern in 1966, including the gritty mover 'Ooh Baby'. Birdlegs & Pauline encapsulated the mystery of collecting soul records in the 60s and 70s. Their 'Spring' was an obscure-as-hell mod classic on the iconic UK Sue label, issued in 1966 on a Guy Stevens whim three years after it's US release. What a bizarre name it was for a singing act; they sounded more like a music hall novelty turn. The song hit but the duo split up and there was not even a follow-up. An album's worth of tracks was recorded, though, and has recently come to light, from which 'Just Can't Help Myself' was probably even better suited for the UK's mod market, if only they had known. Laidback soul from New Orleans and it's environs is prominent. Willie Tee gives us 'Who Knows', a 1963 recording that lay dormant until it's release on Ace in 1994. Eddie Bo cut his R&B gem 'I Found A Little Girl' that same year. Eddie Shuler's Goldband and Anla labels provide a rarity from Ike Porter, an early funk masterclass from Clifton White, previously unreleased rhythm'n'soul gems from King Karl and Rockin' Sidney, and an unissued popcorn-style ballad from Sticks Herman which is destined for Europe-wide spins. Up to the Big Apple, where Arock's Garrett Saunders and Gary Klyvert sang as Gary & Gary on 'Deuces Wild', the way-punchier flip of the duo's Northern Soul number 'I'm Leaving (For Parts Unknown)'. Charles Hodges' hip take of the Gershwin's 'Lady Be Good', Willis Jackson's storming jazz 'Soul Grabber' and Chuck Jackson's 'Lonely Am I', though, are more elegant examples of NYC soul. Back in Los Angeles, where future collectibles such as 'Drop That Gun' by Teddy Reynolds and 'Monkey Walk' by the Kingsmen were being pressed. From the same city comes the topical 1962 sound of 'Air Travel' by Ray & Bob, as covered in the UK by the young Chris Farlowe; the Fashionettes' 'Earthquake', which spotlights the girl group sound, so symbolic of the 60s; and Jackie Lee's 'The Bounce', which conjures up images of shimmering discotheque lights and go-go dancers strutting their stuff.