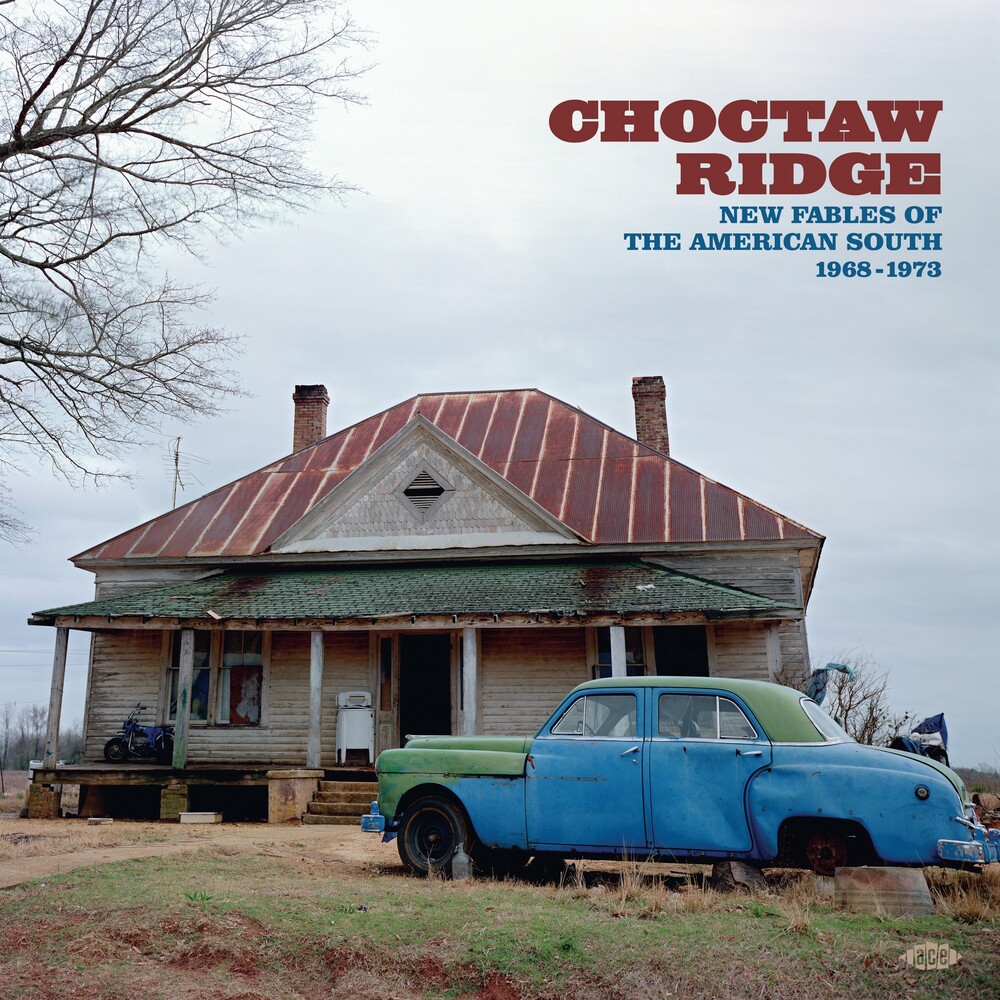 "Choctaw Ridge" explores a new country sound, one that emerged at the end of the 60s in the wake of Bobbie Gentry's 'Ode To Billie Joe', a shock number one hit in 1967. When singers like Gentry, Jimmy Webb, Michael Nesmith and Lee Hazlewood moved from the south to Los Angeles to make it in the music business, they were not part of the Nashville in-crowd and they forged a new direction. 'Ode To Billie Joe' was the tip of the iceberg, and it's success helped a bunch of singers and storytellers to emerge over the next three or four years. Some of the tracks on this collection bear that song's stamp more clearly than others: Sammi Smith's moody 'Saunders' Ferry Lane' had a similar mystery lyric, and Henson Cargill's 'Four Shades Of Love' is a portmanteau, with one (or possibly two) of the theoretically romantic situations ending in death. Suddenly, character sketches of southerners became a lot more rounded - women didn't have to stay home, or take abuse at the office, and darkness wasn't only found at the bottom of a bottle. Storytelling is the link between all of the songs on this collection. We have cautionary tales about what could happen to someone who heads for the bright lights and doesn't make it, ending up in the grasping hands of 'Mr Walker' (Billie Joe Spears), or on the 'Back Side Of Dallas' (Jeannie C Reilly), or on a mortuary slab in the case of the songwriter with the 'Fabulous Body And Smile' (Robert Charles Griggs). And there are stories about wanting to go home - Nat Stuckey's 'What Am I Doing In LA?' and Charlie Rich's 'Feel Like Going Home' - and others from Ed Bruce and Lee Hazlewood, who know that their home isn't home anymore. The tracklist and fulsome sleeve notes have been put together by Bob Stanley (Saint Etienne) and Martin Green (Smashing, The Sound Gallery), who have been collecting these records for decades. The voices are resonant and relatable, and the productions take in the best of what pop had to offer in the late 60s and early 70s. Before the factionalism between smooth pop-conscious Nashville and the hedonistic 'outlaws' made it look inward again, this was a golden era for an atmospheric, inclusive and progressive country music. It began on the third of June, another sleepy, dusty Delta day.