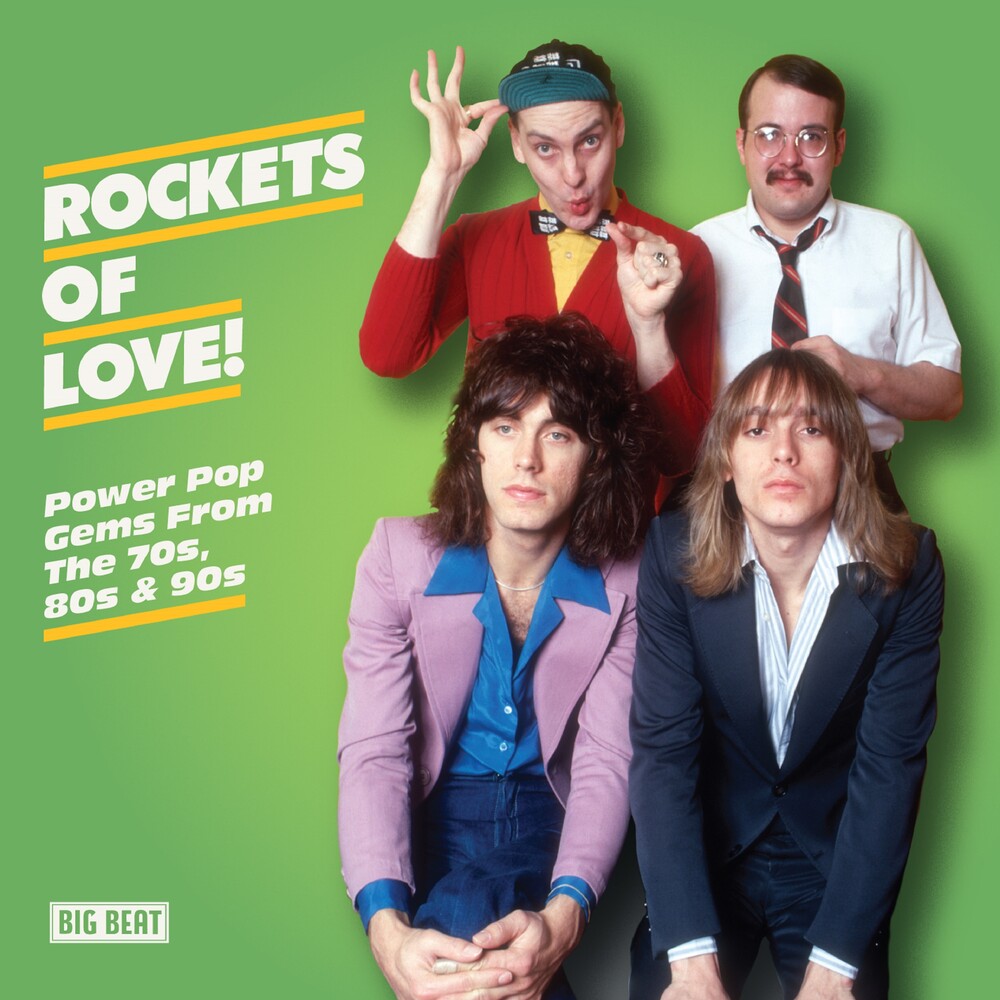 On this follow-up to our "Come On Let's Go! Power Pop Gems From The 70s & 80s" compilation, we have extended the timeframe to cover the 90s and even include one outlier from the 2000s. There was just too much great power pop being made beyond the 70s and 80s for us to ignore. Another change to this volume is we look beyond American shores and include selections from the UK and Australia. As before, we take a broad view of power pop and you will find elements of punk, new wave, garage and various other sub-genres within. However, we can guarantee that all our selections are top-notch songs delivered with all the jangling guitars, catchy hooks, banging beats and snappy tunes that make power pop such a blast. Among the many highlights is 'Better Things' by the Kinks, which returned the group to the UK singles charts in 1981 after a nine-year absence. The song's uplifting message should have made it a trans-Atlantic #1 with Dave Davies' clever guitar lines and brother Ray's inspired lyric combining to create a feeling of rejuvenated optimism as they look forward to overcoming old difficulties with a fresh new start - the perfect antidote for recent times: Here's hoping all the days ahead won't be as bitter as the ones behind you Forget what happened yesterday I know that better things are on the way