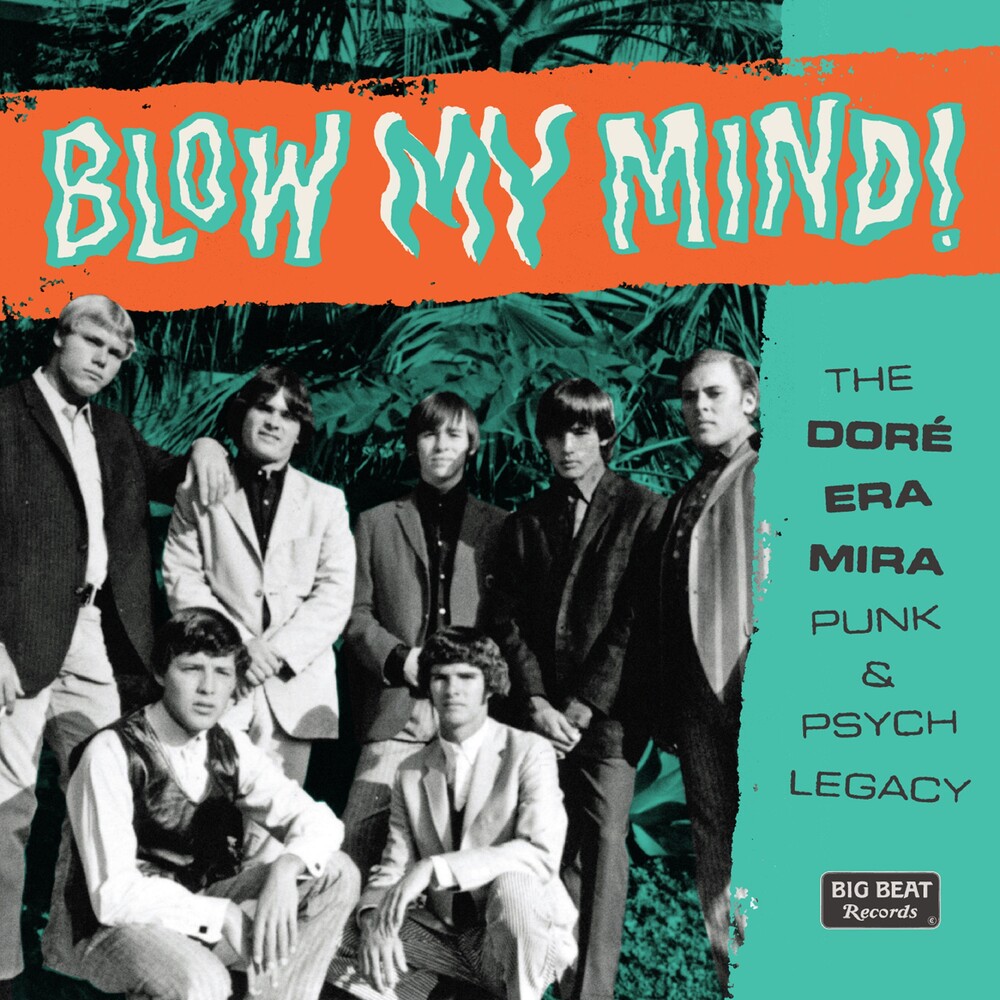 Three of the quirkier imprints from Hollywood's heyday in the mid-1960s were the record labels Doré, Era and Mira. Like most seasoned indie producers in that epoch, their owners Lew Bedell, Herb Newman and Randy Wood struggled to get to grips with the onslaught of rock'n'roll activity that followed in the wake of the British Invasion. But amongst each company's catalogue of R&B, pop schlock and novelty discs were a number of outstanding garage and proto-psych 45s that today are sought-after collectors' items. "Blow My Mind: The Doré-Era-Mira Punk & Psych Legacy" collects together the best of this venerated repertoire in a power-packed set that also constitutes the first official reissue for many oft-bootlegged titles. Cuts like 'The Thief', 'Slander' and 'I'll Blow My Mind' would be expensive to acquire in their original, minutely-pressed incarnation. Here, with top-notch sound and extensive annotation, these totemic garage rock items shine brighter than ever. There is the expected quota of attitude-laden classics such as 'My Baby's Barefoot', 'Just Wanna Be Myself' and the incredibly snotty 'So What!!', along with less heralded gems by bands such as South Hampton Story, the Puddin' Heads, Yesterday's Tomorrow and the Search. An unexpected bonus is a superb unreleased cut by 'Hey Joe' hitmakers the Leaves, along with off-beat garage-psych titles by Simon T Stokes, the Outlaw Blues and the Wrench.