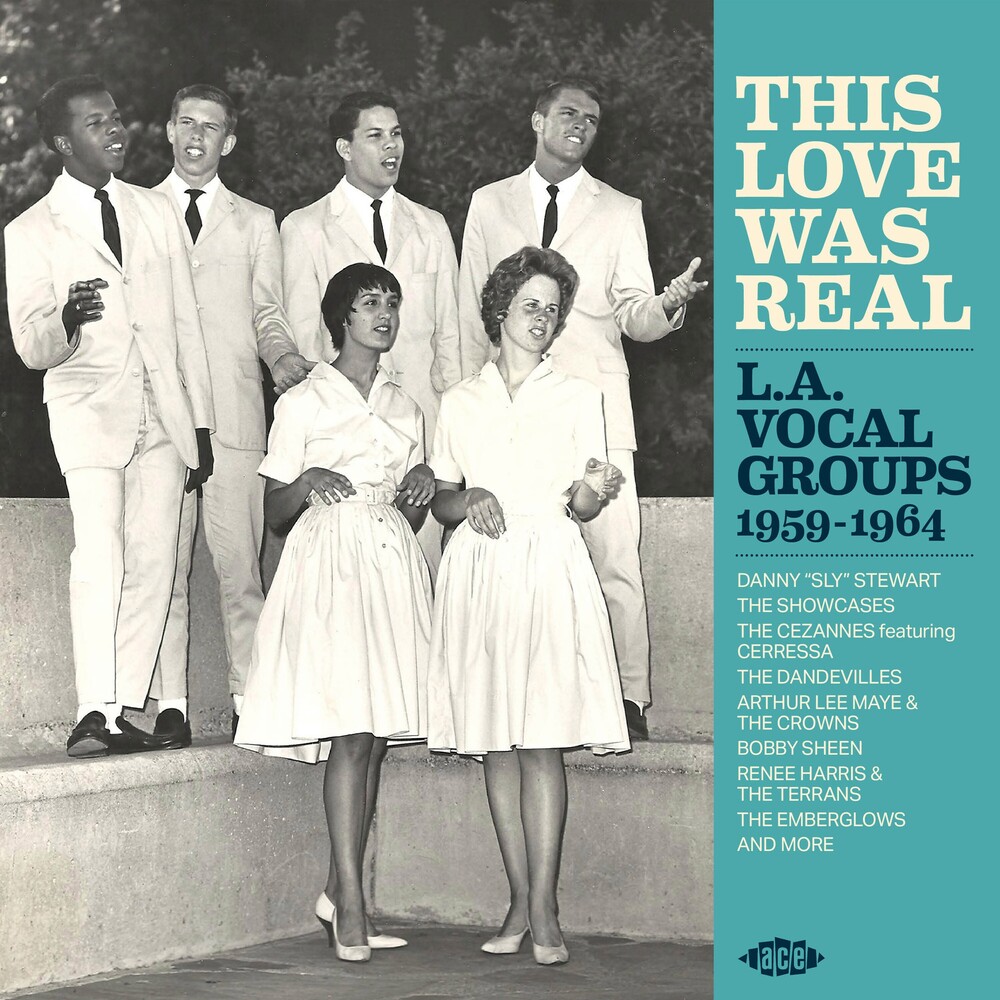 (Please call first)
DISC: 1
1. The Letter - Adolph Jacobs
2. (This Love) Was Real - the Showcases
3. Since You've Been Gone - the Heartbreakers
4. Pardon Me - the Cezannes Featuring Cerressa
5. Wonderful One - the Shondells
6. Please Don't Cry - the Wonders
7. Psychology - the Dandevilles
8. Jolly Green Giant - the Valaquans
9. Last Night - Arthur Lee Maye ; Group
10. A Long Time Alone - Danny (Sly) Stewart
11. The Girl I Left Behind - Carlton Beck
12. This Wilted Rosebud - Bobby Sheen
13. There's a Fool Born Every Day - the Five Superiors
14. Eternal Love - the Cordials
15. Hold Me, Squeeze Me - Dorothy Berry ; the Swans
16. When They Ask About You - the Jades
17. Sack and Chemise Gang Fight - the Emberglows
18. Drafted, Volunteered, Enlisted - the Creators
19. Never Forget - the Tabs
20. Here Comes the Rain - the Pharoahs
21. Eight Reasons Why I Love You - the Precisions
22. I Need Somebody - James Washington Lee
23. Without Success - the Individuals
24. Moonrise - Renee Harris ; the Terrans

We explore the later years of Los Angeles' doo wop scene from sources that have never previously been digitalised from master tape. We have found master tapes of very rare and expensive doo wop recordings in the vaults of Doré, Era, Gary Paxton, Kent Harris and George Motola in particular. Most of these great tracks have only previously been heard on badly reproduced bootleg releases. Three tracks have never been heard before. One is a Class recording by Adolph Jacobs, of which noted LA vocal group writer Steve Propes says, "The Coasters' Billy Guy and Carl Gardner were singing with Bobby Day on Jacobs' session for Class Records", which makes it a historically important track, as well as a great record. Of similar interest to doo wop fans is an unheard number from Arthur Lee Maye - the greatest of all the singing sportsmen - from his 1958 'Pounding' Cash session, complete with vocal group. The Pharoahs' beautiful 'Here Comes The Rain' has only a basic instrumental backing, but the superb singing makes it a very worthy release. Another Gary Paxton-produced track has only been heard under the incorrect group name of the Sesames on a bootleg EP; it is actually Bobby Sheen with a group covering the Interludes' 1962 King release. Super-rarities include the Showcases' magnificent 1964 Galaxy release '(This Love) Was Real', the Heartbreakers' Markay single 'Since You've Been Gone', the Cezannes' 'Pardon Me', the Tabs' 'Never Forget' on Noble and Carlton Beck's (of the Shields) 'The Girl I Left Behind' Troy offering. Most are classic 50s ballads but there are some R&B-oriented numbers such as Kent Harris' group the Valaquans' 'Jolly Green Giant' Rayco 45, the Creators' quirky 'Drafted, Volunteered, Enlisted', released on Dootone in 1961, and the scarce and imaginative Emberglows' Doré single 'Sack And Chemise Gang Fight' - all have Coasters influences with their novelty and humour. Several of the acts would go on to record through the soul era - Dorothy Berry, Morris Chestnut (here as James Washington Lee); the Individuals' James Leon Moore went on to be a Youngheart and, of course, Danny Stewart would lead the groundbreaking Sly & The Family Stone. Sleeve notes are from Steve Propes and Alec Palao to further map this city's important musical history.