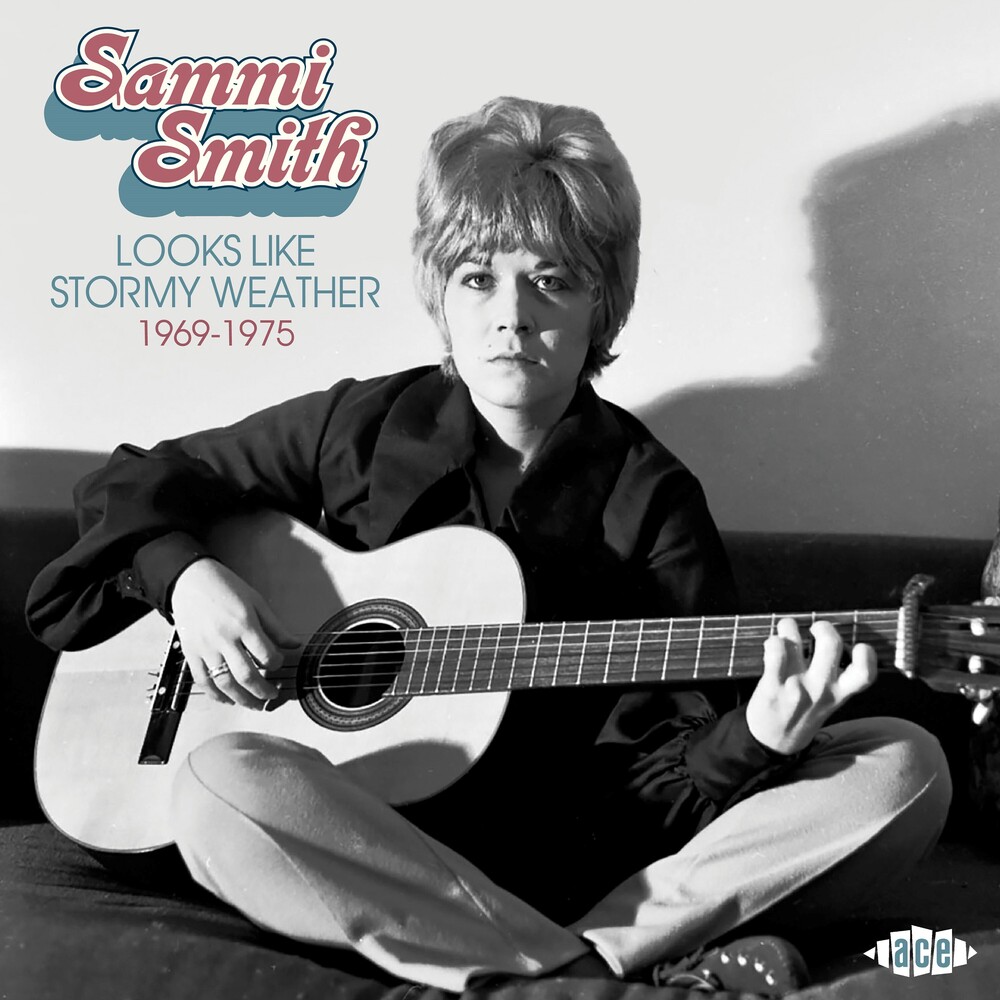 Sammi Smith sang soulful, melancholy country music. One of the highlights of Ace's acclaimed "Choctaw Ridge" compilation earlier this year was her 'Saunders' Ferry Lane', an eerie tale of doomed romance in a chilly backwater. Her low, distinctively husky voice was built for sad songs, and she has been described as country music's Dusty Springfield. Compiled and annotated by Bob Stanley, "Looks Like Stormy Weather" is a collection built for winter nights. There was a compelling warmth to her voice that should have taken her out of country and into the Hot 100 - or even the UK charts - more than once, but her only real crossover moment came in 1971 when she scored the original hit version of 'Help Me Make It Through The Night'. DJ Ralph Emery recalled being in a motel room with Sammi one night in 1970 where she had sat and played him a whole bunch of Kris Kristofferson songs. At that point, neither the DJ nor Sammi had a clue what was around the corner for her or for her friend Kristofferson, who was then just the janitor at Columbia Records. 'Help Me Make It Through The Night' topped Billboard's Hot Country Singles chart for three weeks in 1971, peaked at #3 on Billboard's Hot 100, won "Single of the Year" and the "Best Country Song" at the CMA awards, and a Grammy for "Best Country Vocal Performance by a Female". Sammi's voice would have been new to most listeners - it's melancholic ache and sensuous depth suited the song's needs perfectly. Now signed to the tiny Mega label, she would record seven albums for them between 1970 and 1975, and the pick of them are the heart of this compilation. Highlights include the self-written 'Jimmy's In Georgia', the heart-in-mouth sensuousness of Kristofferson's 'I've Got To Have You', the barroom lament 'The Toast Of '45', which Sammi described as "a hellacious song", and the everyday tragedy 'This Room's For Rent'. "Looks Like Stormy Weather" includes the best of Sammi's three early Columbia singles, the Bobbie Gentry-like 'Brownville Lumberyard'. As a bonus, it also features a pair of previously unissued songs