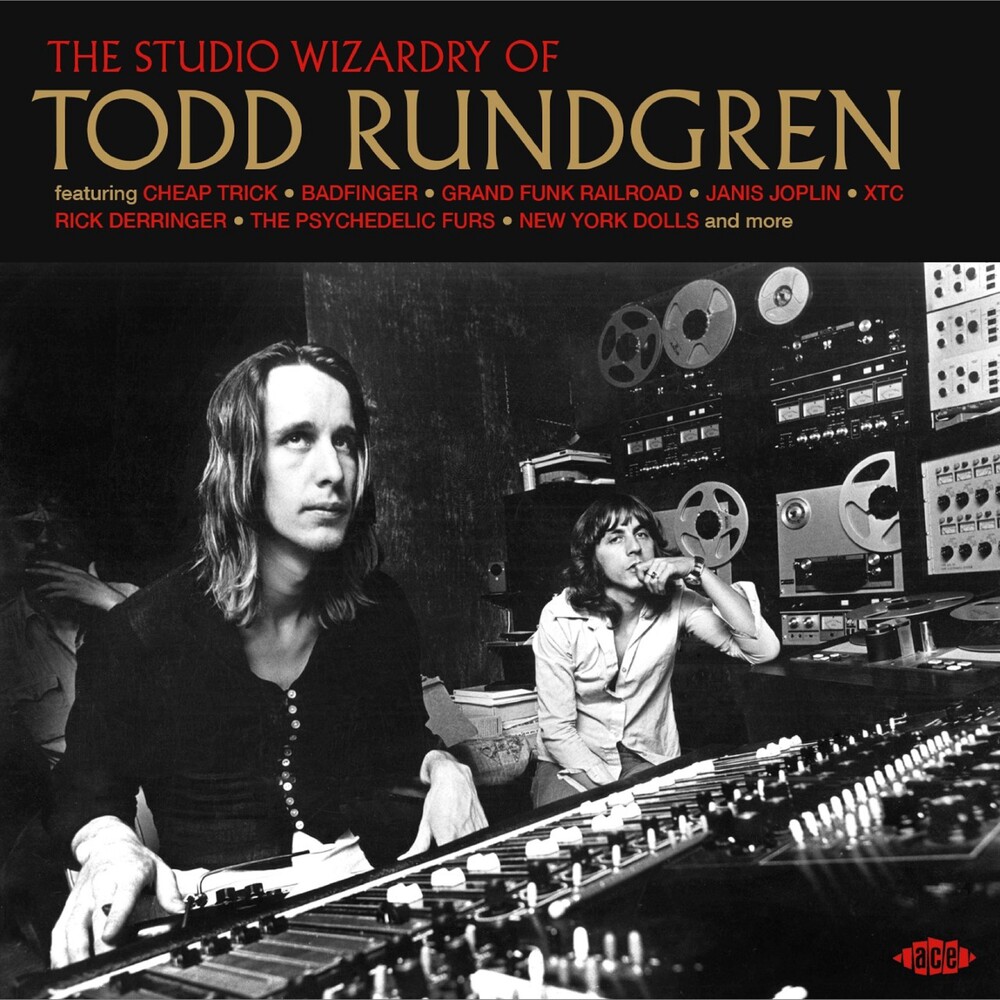 When it comes to music, Todd-of-all-trades might be more appropriate than the traditional Jack to signify a man of many talents. Unlike Jack, though, Rundgren is a master of them all. Twenty-year-old Todd Rundgren first came to attention in 1968 as the precociously talented leader of Nazz, who could write memorable songs and play guitar "just like ringing a bell" as Chuck was once won't to say. Initially he was unsure about his vocal capabilities, but by the time he had gone solo and released his breakthrough third album, "Something / Anything", in 1972, it was clear that he had tonsils to match his prodigious songwriting and musical skills. He not only wrote, arranged, sang and produced the whole double album but even played all of the instruments on three sides of the release. By this time he was ensconced as Albert Grossman's whiz-kid producer at the entrepreneur's newly built Bearsville Studio near Woodstock. Rundgren had swiftly built up a reputation as a hot shot fixer after flying to London to rescue Badfinger's "Straight Up" album from it's year-long production problems. He turned it around on budget and within two weeks. Even more impressive was when Grossman negotiated a $50,000 fee for Rundgren to produce Grand Funk Railroad's "We're An American Band" album - an unheard of sum in 1973 - which instantly catapulted him to the status of star producer as well as yielding a brace of #1 hits for the band. The Studio Wizardry of Todd Rundgren" traces the long journey from his early days at the board of Hollywood's ID Sound Studio, to his long stay at Bearsville, to his own self-built Secret Sound Studio in New York, his own Utopia Studio in the Catskill Mountains, and then on to Sausalito, where he produced several artists in the San Francisco Bay area. Rundgren's restless nature and diverse tastes are reflected in our choices with a wide-ranging mix of music and artists, and naturally he also contributes his own musical and compositional skills to many of the tracks.