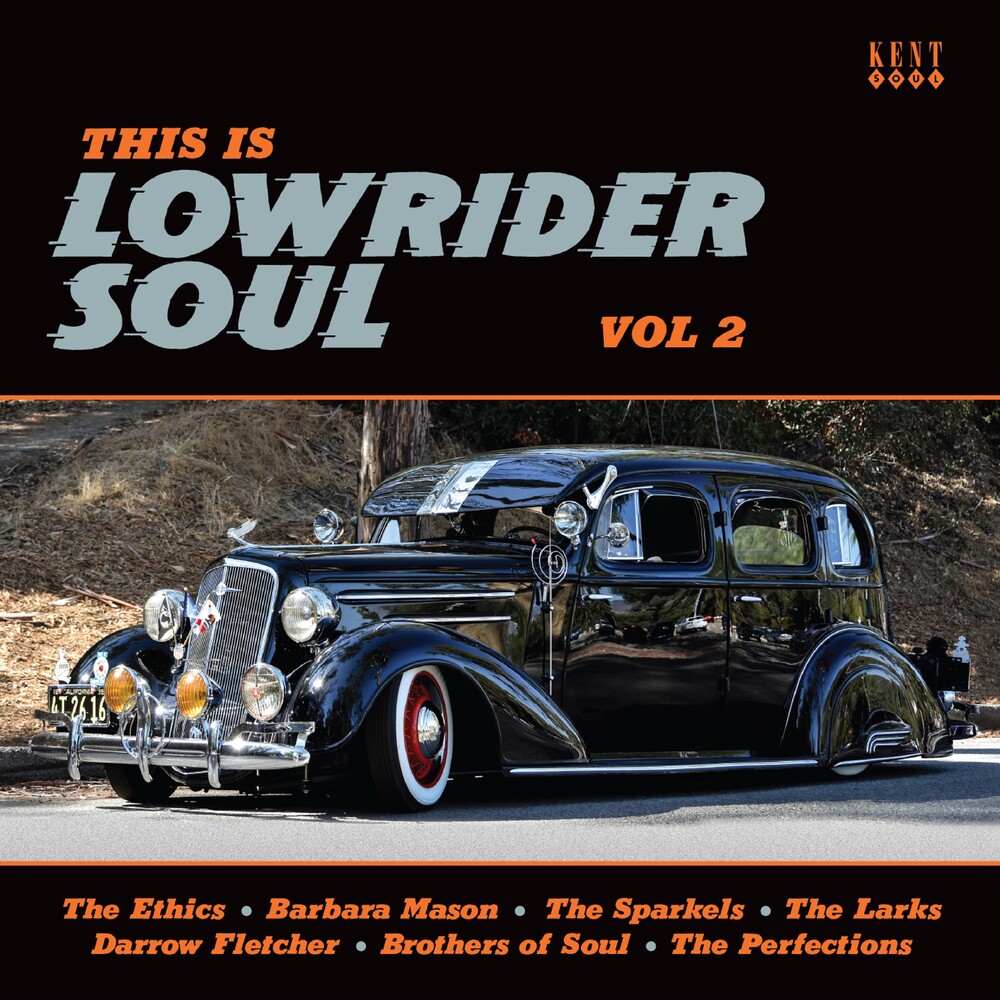 It's been almost three years since Sean Hampsey and the Southern (California) Soul Spinners created "This Is Lowrider Soul" for Kent Records, and the ensuing acclaim and enjoyment have made this second volume essential. Only three artists are repeated, which shows the depth of the genre, and two of those - Barbara Mason with her Philly slow-burners and Lee Williams & the Cymbals' fantastic East Coast harmonies - epitomise the Lowrider soul sound between them. The Lovers are also featured again, providing sweet soul from the Pacific coast. A big talking point will be the previously unissued ballad 'Can't Nobody' from Detroit's top vocal group Brothers Of Soul, which they cut for Galaxy in 1969. That was the year in which the more obscure Mark-Keys, from the same city, offered their re-interpretation of J. T. Rhythm's 'My Sweet Baby'. Detroit also provides the Perfections' tour de force 'Don't Take Your Love From Me', a Jack Ashford gem from the previous year, and harmony was still strong in the city in 1972 when the Houston Outlaws' 'What Am I Going To Do' was released by Westbound. It failed to gain the acclaim it deserved - until now, currently one of the most sought-after and expensive Detroit sides on the Lowrider collectors' scene. Philadelphia also specialised in this sound as the 60s turned into the 70s, and the Ethics' 'Sad Sad Story' is a classic of it's kind, in a similar vein to the offerings of Little Ben & the Cheers, the Vanguards and Johnson, Hawkins, Tatum & Durr; mid-Western groups trying to capture that same soulful feeling. Though the artists on this CD are overwhelmingly male, when the girls hit it right the effect is stunning - as with the Sparkels' rarity 'Try Love (One More Time)'. Another pricey original 45 is the Hyperions' West Coast-recorded and released 'Believe In Me'. It was hardly known until the Northern Soul A-side was flipped out of curiosity. Three tracks were rescued from the tape vaults and released on Kent CDs in the late noughties. East Coast stalwart Benny Gordon's protégés the Exceptions, New York outfit the Radiations and Los Angeles' very own Magicians all deliver accomplished and ready-to-hear soul ballads. It is testament to the depth of talent in black America in the soul era, that they were deemed surplus to requirements at the time.