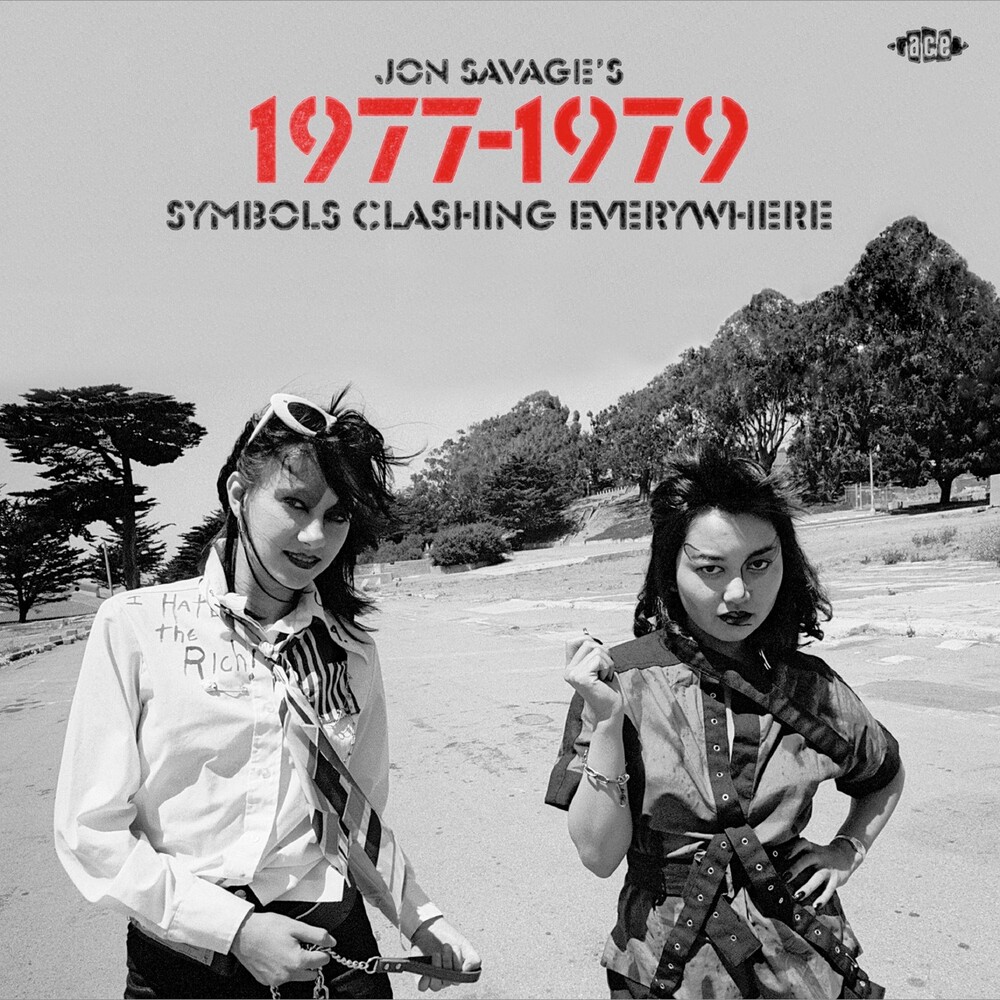 The seventh in my series of Ace singles comps reaches the years 1977-79. Unlike the earlier 70s, when I'd been streamed into the rock world, I'd started to listen to a wider variety of music during that time - punk, obviously, but also the beginning of post-punk, early homegrown electronica, European synth disco, dub, a bit new wave and unique one-offs such as Subway Sect's 'Dontsplitit' or the Lines' 'White Night' - that represents a turbulent, highly creative period which reflected a divided, increasingly harsh world outside. It was the late 70s, with symbols clashing everywhere, and I was in the thick of it - having moved from fan and consumer to practitioner - first with Sounds from April 1977 onwards, and then with Melody Maker from October 1978 on. Moving from small live reviews and record reviews to longer interviews, I started by covering punk and then moved to historical psychedelia, reggae and dub, American and British independent records and New Musick, the November 1977 Sounds feature I co-edited with Jane Suck about the electronic future. As you'd expect, I was sent dozens of records from within those genres. A mix of punk, reggae, dub, independent experimentation - including late 70s psychedelia - and increasing amounts of electronica was my staple during those years. Reggae and dub came from my experience of living in London: that's what you heard all over North Kensington, Shepherd's Bush and in shops like Acme Attractions, run by Don Letts and Jeannette Lee. Rough Trade regularly carried reggae imports, and I'd go there most weeks. Unlike most compilations from this period, which focus on just one genre - almost always punk - "Symbols Clashing Everywhere", as it's title suggests, contains a mix of different styles and genres co-existing, informing and occasionally clashing: and that's without any funk or high disco. In accordance with all the previous volumes, all of these 46 tracks were released on single - the perfect medium for a fast-moving, incredibly exciting and productive period.