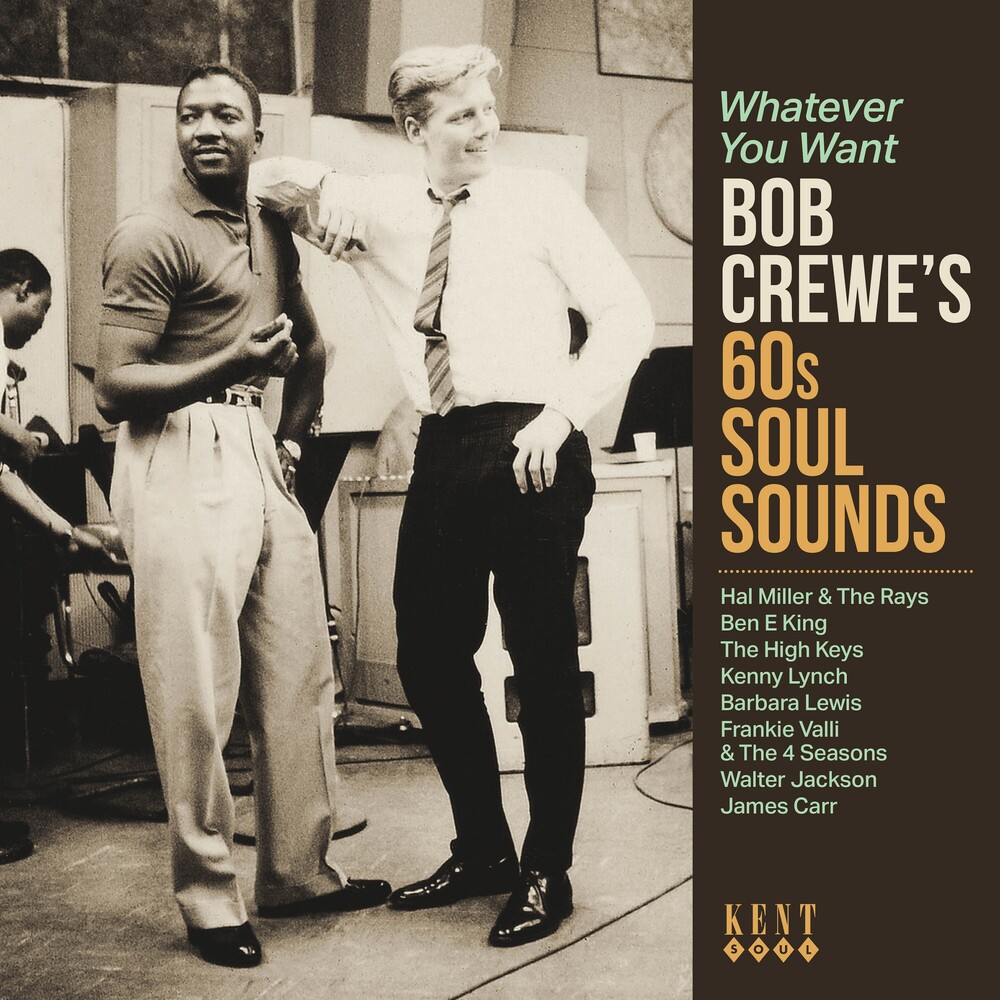 Most soul fans know Bob Crewe through his 60s pop-soul songs and recordings with Frankie Valli & the 4 Seasons, Mitch Ryder & the Detroit Wheels and his New Voice and Dynovoice labels that teem with hidden gems. Less known are his early songs and productions by such heavyweights of the black music world as Ben E King, Chuck Jackson, Jerry Butler and Barbara Lewis. That follows from his first big success in music, which was with black Brooklyn doo wop combo Hal Miller & the Rays, whom he managed, wrote and produced for. 'Silhouettes' by them was a big hit on both the pop and R&B charts in 1957. Crewe clearly loved the R&B sound and penned for Faye Adams, Charlie & Ray, the Bey Sisters and Billy & Lillie in the 50s. He took Hal & the Rays through to the early 60s, when he also wrote and produced soul singers Lenny O'Henry and the High Keys. Crewe was adept at composing soulful ballads for Hal Miller, Chuck Jackson, Jerry Butler and the like but could also hit a dance groove, as shown by Dee Dee Sharp's swinging 60s 45 'Deep Dark Secret' / 'Good' and the High Keys' R&B gem 'Pistol Packin' Mama'. He wrote groovy numbers for Tracy Dey and Shirley Matthews and an inspired and sublime 'Pushin' A Good Thing Too Far' for Barbara Lewis. Frankie Valli & the 4 Seasons started out as a street corner vocal group and were steeped in the black music tradition, so they were happy to go along with Bob Crewe for the ride when Motown's success inspired him to write in that vein. 'I'm Gonna Change' was an obscure LP track that got picked up by Northern Soul DJs in the 70s and went massive - in the terminology of the day. Frankie Valli had belatedly charted with his solo billing 'You're Ready Now' in the UK, due to the rare soul scene spins, though his '(You're Gonna) Hurt Yourself' is arguably the more soulful of the tracks from that mid-60s period. Mitch Ryder fronted a white Detroit rock band whose music was it's own genre of tough soul - 'You Get Your Kicks' being a high point in teenage angst with an adrenalin-fuelled dance beat. By the mid-60s, Crewe's labels had moved with the times and the slick, rhythmic pop soul sounds of Lainie Hill's Time Marches On' and Kenny Wells' 'Isn't It Just A Shame' reflect that