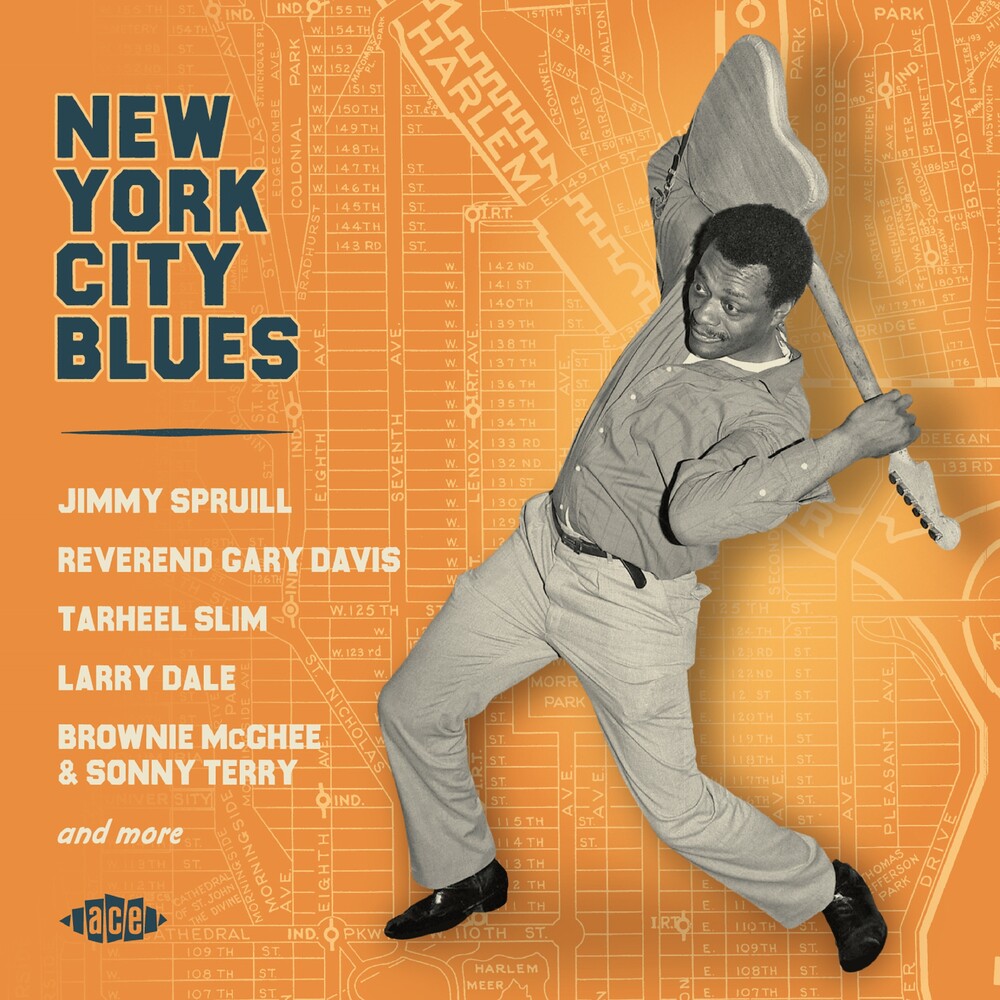 This release is a tie-in with the book New York City Blues by Larry Simon and edited by John Broven. The compilation has a dual purpose: not only to enjoyably complement the book but also to present an overview of the New York blues scene in all it's variety from the post-World War II years through it's golden age into the 1960s. There is also a look at the city's 1980s-90s revival with author Larry Simon's Killing Floor NYC Band backing many pioneering bluesmen. On our journey, we travel from the early Piedmont country blues of Blind Boy Fuller through to the tough street sounds of Harlem blues and R&B. New York's hitmakers and songwriters are not forgotten, either, nor are the label owners. The standout studio musicians are a real bonus, featuring top guitarists "Wild" Jimmy Spruill and Mickey "Guitar" Baker. The two later recordings here are first-rate. 'New York City Blues', by guitarist Larry Dale (written by Brit blues author Dave C Williams) supported by Bob Gaddy (piano) and Jimmy Spruill (guitar), could easily have been cut by Harlem record man Bobby Robinson in his prime. 'I Wanna Get High', by veteran Rosco Gordon, shows him for the first time being backed by ska musicians in the Jamaican musical style he is acknowledged as influencing. Other highlights include John Hammond's version of 'I Wish You Would', with the Band's Robbie Robertson playing in the same earth-shattering guitar style that contributed so much to Bob Dylan's early 'electric' records; another member of rock royalty on the session is the Rolling Stones' bass-player Bill Wyman. Paul Oscher's workout 'Mudcat', with Muddy Waters, is a reminder of the Brooklyn-born harmonica player's five years with the best blues band anywhere. This Ace CD, along with the book, will serve to bring welcome focus on the neglected New York blues scene. The well-illustrated package is enhanced by detailed notes from Simon and Broven with excellent photographs by Robert Schaffer, Val Wilmer and Paul Harris.